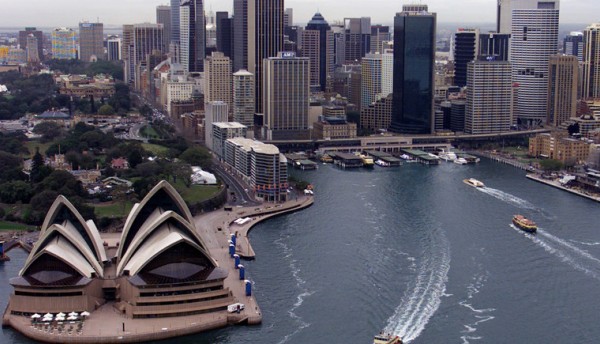 There are some cities you visit and wish you could move there tomorrow, because the quality of life on offer seems so appealing.

Auckland is making moves towards developing a stronger, innovation-oriented economy – led by the redevelopment of the waterfront Wynyard Quarter into a modern mixed-use district including a new hub for innovation. With an increasingly dynamic economy, Auckland is praised for its stability, highly educated population and its unique natural setting. Few cities can match the harbours, beaches and islands that make up Auckland’s extensive coastline. Furthermore, the city is starting to tackle its existing infrastructure problems, notably the forthcoming City Rail Link.

The largest city on the list, with a population of around 4.4 million, Berlin has undergone a remarkable transformation over the last few years, cementing itself as a leading hub for tech start-ups in Europe. These gains have been built on Berlin’s ‘buzz’ and strong appeal to the Millennial demographic, with affordability being a key factor in its success. New rent controls have been put in place to ensure that the city’s success is not compromised by inflating residential rents.

Considered among the world’s ‘greenest’ cities with plenty of open space, Copenhagen is famed for its heavy focus on cycling – which makes up 36 percent of all journeys made. In the same vein, Mayor Frank Jensen has also put forward ambitious plans to be carbon neutral by 2025 – and Copenhagen may be the first major city to achieve this. Its reputation as a highly liveable city gets a further boost from its culture, connectivity and sustainability efforts.

Despite Finland’s economic troubles since the Global Financial Crisis, Helsinki remains one of the world’s most liveable cities. With Finland possessing one of the world’s strongest education systems and strong city-level support for entrepreneurs, Helsinki is a highly innovative city. This carries over to the city’s administration, with Helsinki being a world leader in smart governance and citizen engagement, particularly through the Helsinki Region Infoshare open data portal, while also pioneering new and ambitious approaches to providing public transport.

Ranking first in the Economist Intelligence Unit’s Liveability Ranking, Melbourne is praised for its green space, cultural diversity and infrastructure. Home to Australia’s leading university and world-class healthcare, the large-scale redevelopment of the Melbourne Docklands has re-energized the city and its connection to the waterfront, while further significant changes are planned for the Fishermans Bend and E-Gate sites.

Branded as the ‘Capital of Scandinavia’, Stockholm is known for its green space, world-class infrastructure and environmental credentials. The city is also a dynamic European tech hub – the birthplace of the likes of Spotify, Skype and mobile games developer King – and has created among the most billion dollar tech ‘unicorns’ per capita in the world. A fast growing city with a thriving economy, Stockholm nevertheless faces housing affordability challenges that it must tackle to retain its place among the world’s most liveable cities.

Sydney combines economic strength with liveability in a way most large cities struggle to achieve. As well as being one of the world’s most dynamic real estate markets – expected to top the office rental growth table for 2016 – and a major destination for commercial real estate investment, Sydney’s mix of an excellent climate, iconic architecture and exceptional healthcare and education systems make the city one of the world’s most liveable.

Vancouver remains a city connected to its natural setting on Canada’s Pacific coast – highlighted by the 1,000 acre Stanley Park. Infrastructure improvements are also benefiting the city, notably Metro Vancouver’s Evergreen Line project will add to the city’s existing ‘SkyTrain’ network, which has already spurred significant transit-oriented developments in the likes of Burnaby (The Amazing Brentwood) and King George (The Hub at King George)

Vienna is famed for its high culture and historic architecture, which draw in visitors from across the globe – but the city is also considered by Mercer to be the world’s most liveable city. The city has a century-long commitment to public housing, with over 25 percent of the housing stock owned by the city, making Vienna relatively affordable for residents. Meanwhile, its green and high-tech credentials will be boosted by the development of the Aspern neighbourhood, a living lab being developed in conjunction with Siemens.

Zurich is a truly global city and, according to Monocle, “a microcosm of a well-balanced city that larger neighbours could learn from”. It is considered among the world’s top ten financial centres, alongside the likes of Tokyo, Seoul and Washington, despite being a city of just over a million people. This economic clout, coupled with its small size, means that residents of Zurich are among the world’s wealthiest, and can enjoy a high quality of life.

Whether it’s down to lots of easily accessible amenities and open space, low levels of traffic and pollution or plenty of opportunities for enjoying a life outside of work, everybody values particular aspects of urban life in different ways.

As such, the idea of ‘liveability’ is a contested one and will differ wildly in the eyes of different groups of people: young students, families, expats and the elderly – to name just a few. It’s given rise to numerous indices – in fact there are now more indices covering the issue of liveability than any other area, and each varies significantly depending on the author and audience.

The JLL Cities Research Center’s ‘Benchmarking the Future World of Cities’ report has uncovered the ‘Top 10 Most Liveable Cities’ across five leading indices. The list is dominated by major Northern and Central European cities, supplemented by a handful of Australian, New Zealand and Canadian cities. These are small- or mid-sized cities, with strong infrastructure platforms, good education systems and global reach – and can thus all be classified, to some degree, as ‘New World Cities’.