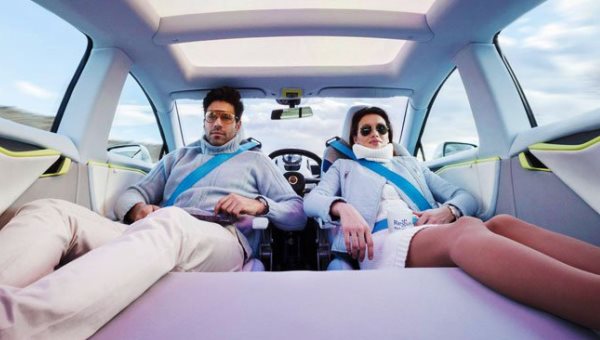 Could Driverless Cars Change Our Concept of Ownership?

The relationship between human beings and their cars has created a dramatic shift in the way we think about possibilities. Since their introduction about a century ago, cars have given many of us the feeling that we could go wherever we wanted. Instead of being confined to our local town or village, we suddenly had the freedom to explore the world.

Our cars mean so much to some of us that some of us will even personify them. It is for this reason that the coming technological revolution in autonomous driving has the potential to not only provide every human being access to a car, but it could change the way we see the very concept of ownership.

Autonomous driving is pretty much what it sounds like – the cars drive themselves. Most people are already familiar with features like cruise control, assisted lane changing, and self-parking cars. Autonomous driving simply takes this trend all the way, so that the human driver does not need to drive at all.

One of Google’s autonomous cars.

The Future of Cars is Fast Approaching

Self-driving cars have long been a part of our Hollywood science fiction, but in just a few short years they will be making their appearance in our physical reality. Don’t believe me? Google has already driven their self-driving car over 2 million miles, and next year Volvo will unleash a 100 self-driving vehicle test fleet in Sweden. Those who use the popular ride-sharing service Uber in Pittsburgh may have already ridden in one. With over thirty corporations working on automated driving technology – including those whose primary business has nothing to do with building cars (Google, Apple, Microsoft) – the question is not if, but when this technology will be commonplace.

While you may be feeling fear about a handing your life over to a machine, it is important to remember that 1.25 million people were killed from auto-related accidents worldwide in 2010, making driving a car one of the most dangerous acts we routinely do. Once all the cars on the road are no longer driven by humans, we could come close to eliminating car accidents altogether, as some predict, then it is only a matter of time before most people will consider it reckless to drive a car yourself. Google’s self-driving car has only been in 13 minor fender-benders (minor collisions) – of which none were the fault of the self-driving car – already making it statistically far safer than the average human driver. In the near future, human driving will likely be limited to special roads and tracks, much like horseback riding is today.

1.25 million people were killed from auto-related accidents worldwide in 2010.

But the changes to our society and culture as a result of this technology likely won’t stop there. There are some obvious benefits. We will reclaim the collective 6 trillion unproductive hours (in America alone) lost to having to pay attention to the road. Instead, we will be able to read more books, work on projects, or even just get a little extra shuteye. The stress of having to sit in traffic, day after day, will be lifted. We will say goodbye to the entire concept of ‘road rage’. Disabled, elderly, and youth populations will gain access to greater mobility and autonomy.

The Benefits Go Far Beyond Safety

There are also other less obvious benefits. One of the primary reasons why cars weigh an average of almost two tons is for safety reasons. The several thousand pounds of metal prevent most accidents from claiming our lives. A fully-automated car fleet might eventually be able to eliminate accidents altogether, enabling cars to be far lighter, and made from more environmentally-friendly and cheaper materials. We can say goodbye to the need for auto-insurance and auto-body repair shops. What need would we have for them with most accidents eliminated? A lighter car will also have a much greater fuel-efficiency; expanding the range of electric vehicles, and reducing the size of the batteries, as well as the amount of energy used to operate them.

Automated cars would mean significantly more time for other things, like reading, in our daily lives.

As if these productivity and efficiency gains were not big enough, the biggest efficiency gain will come with the change in business model. Despite inroads made from car and ride-sharing companies like ZipCar and Uber, most people today still own their own cars. However, the average driver uses their car less than one hour per day – a utilization rate of just three percent. That means our cars are sitting idle 97 percent of the time! If cars no longer required drivers, we could theoretically increase the efficiency of the car fleet to over 3000%.

However, this efficiency can only be realized if we implement a new business model that is centered around sharing cars instead of owning them. When we share something, we also share the cost of it. Instead of everyone needing to buy their own car for $25,000, just to use it for an hour a day, that cost could be shared by 15, 20, or even 30 people. Instead of paying $600 per month to own your own car, most people will pay $10-$30 per month for point to point, on-demand ride service. Of course, it won’t be a single car that is shared but a network of cars for an entire town or city – cars that will remain constantly in motion unless they have a need for repair or refuel. It may even become cheap enough for cities to absorb the costs of providing the mobility service to all of its citizens, as it does with public buses.

Creating a New and Happier World

Cars that safely drive themselves will give us the opportunity to reimagine vast portions of the urban landscape. Can you imagine the effect this change will have on our built environment? What would we do with all of the extra parking lots and garages when there is very little need for cars to be parked? Will we tear up the concrete shopping mall parking lots and turn them into parks? Will we transform high-rise parking garages into vertical farms? Turning street parking into bike lanes, or outdoor cafes could give us the ability to interact in public spaces again. Having designing public spaces would mean the human experience is no longer considered to be an afterthought, and we would have far more opportunities to create community and develop a stronger connection with each other.

The extra space from unused carparks could be utilized for vertical farming.

Perhaps the totality of these dramatic effects is enough to finally shift the collective attitude around ownership towards a resource-sharing model. The shift won’t be easy. A $600 billion a year advertising business has taught us to identify with the things we own; that they are somehow an extension of ourselves. The problem is owning stuff is an incredibly inefficient use of resources. How many valuable things do you own that you haven’t actually used in over a year? Why should everyone buy their own lawnmower to mow their own tiny lawn once a month? What other resource-intensive tools and machines do we own that we could share instead?

The same resource efficiency that could come from sharing a fleet of autonomous driving cars could also be applied to housing, clothing, furniture, boats, jet skis, ATVs, or anything else. Just imagine for a moment your own life with less ‘stuff’. What would that look like? What if humanity shared everything? (Ok, maybe not toothbrushes and other personal effects.) What if every jet skiable lake had a jet ski available for those that had the skill to operate it? How many fewer jet skis would we need to produce, and how many more people would have access to ride one?

Could this shift towards sharing resources create a more community-minded attitude in general?

Ownership is directly related to scarcity. Only someone that owns something is allowed to use it (or dictate how it is used, or who can use it). If you can’t afford to buy something then you can’t use that thing, so you experience a feeling of scarcity. The more stuff we can’t use, the greater the feeling. Too much scarcity, whether real or perceived, leads to all kinds of undesirable and irrational behaviors. Many economists and defenders of the status quo will say that scarcity makes things more valuable. They argue that if everyone had access to everything whenever they wanted, everything would lose its value – including our time – and the human race would cease doing anything. But one look at how the super rich spend their time consuming shows us the flaw in that argument. Instead, scarcity is more likely to be the main underlying cause of most conflict and violence in the world. Could sharing our resources with one another not only be the key to creating a sustainable economy, but also a peaceful and harmonious human society as well?