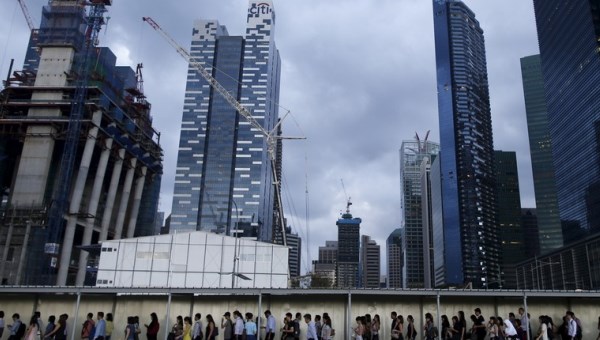 The great 19th-century chemist Louis Pasteur once said, “Science knows no country because knowledge belongs to humanity, and is the torch which illuminates the world.” The innovative technologies and ideas sweeping the globe today are proving Pasteur right in ways he could not have possibly imagined. Indeed, the advances that are driving the Fourth Industrial Revolution belong to all of humankind.

While the impact of innovation is global, it affects different populations in dramatically different ways. For some, rapidly changing realities have brightened their economic outlook; for others, who are left behind by this progress, they cast a darkening shadow of dissatisfaction with the global economy. For those of us who believe – based on history and experience – in the power of innovation to advance opportunity and prosperity around the world, it is time to redouble our efforts to forge a more inclusive capitalism where the benefits are experienced by everyone.

There is no question that, historically, innovation and global commerce have been tremendous forces for progress. According to the latest available data, the global economy is more than five times larger than it was half a century ago, and global per capita GDP has more than doubled over the same period. These numbers represent more than higher profits for corporations: they also amount to millions of jobs created and billions of lives improved. In 2015, the World Bank estimated that the share of the global population living in extreme poverty had fallen below 10% for the first time – down from over 40% barely three decades ago.

It is also evident, however, that the global economy is not serving everyone equally. In fact, many people believe it is not serving them all – and with good reason. In July 2016, the McKinsey Global Institute released an extensive report on incomes in 25 advanced economies worldwide, finding that between 65% and 70% of households were in income segments whose average incomes stagnated or declined between 2005 and 2014.

That figure is even more staggering when compared to the 12 years leading up to 2005, when less than 2% of households were in segments with flat or falling incomes. It should not surprise us, then, that a majority of citizens in several of these countries say the global economy is no longer a force for good.

This widespread frustration is clearly warranted. But in order to drive progress, we must take steps to fix what is wrong with the global economy while actively participating in it. In the UK, for example, the Office of Budget and Responsibility projects that leaving the European Union will reduce Britain’s economic growth by 2.4 percentage points by 2020. Without decisive and inclusive action, the economic risk will only continue to grow. And while governments have an indispensable role to play, leadership from the private sector is no less essential.

Today, the private sector has a real opportunity to advance a new kind of capitalism – inclusive capitalism – that does not just generate profits for corporations, but truly creates opportunity and prosperity for everyone. Of course, this will not be easy to achieve. It will require individual enterprises, particularly those with global reach, to take on responsibilities traditionally outside their missions and beyond their balance sheets. Companies will need to do more to maximize the value they create for all the people and communities their business affects. In these essential ways, we can – and we must – redefine the role of business in society.

This is not to suggest that corporations should become charities. Quite the contrary: the businesses that grow and succeed in this volatile environment will be the ones that create the most value for society as a whole. The companies that define the 21st century will recognize that their license to operate is not simply granted by shareholders or governments; it is also earned through the solutions they provide, the jobs they create, and the role they play in communities around the world.

Inclusive capitalism is ultimately about re-embracing the purest purpose of business: solving problems and improving people’s lives. Especially in an era of uncertainty – with so many great, global challenges to solve – it is the only way to ensure that the progress achieved over the past century continues for the next century and beyond.