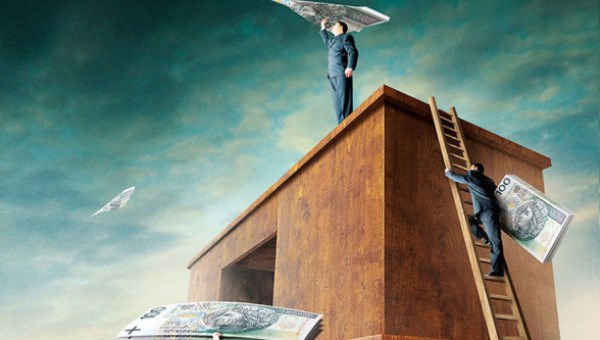 In my article ‘The Trump Collapse Scapegoat Narrative Has Now Been Launched‘, I discussed the ongoing and highly obvious plan by globalists and international financiers to pull the plug on their fiat support for stock markets and portions of the general economy while blaming the Trump Administration (and the conservative ideal) for the subsequent crash. Numerous economic shocks and negative data which had been simmering for years before the 2016 elections are rising to the surface of the normally oblivious mainstream. This recently culminated in a surprise stock dive that stunned investors; investors that have grown used to the Dow moving perpetually upward, while the economic media immediately began connecting the entire event to Trump and the “Comey memos”, which likely do not exist.

My position according to Trump’s behavior and cabinet selection is that he is aware of this agenda and is playing along. That said, there is another important issue to consider – the participation of the ignorant in helping the Ponzi con-game continue.

There is a famous investor’s anecdote from Joe Kennedy, the father of John F. Kennedy, about the onset of the Great Depression – he relates that one day, just before the crash of 1929, a shoe shine boy tried to give him stock tips. He realized at that moment that when the shoe shiner is offering market tips the market is too popular for its own good. He cashed out of the market and avoided the crash that many people now wrongly assume was the “cause” of the Great Depression.

I don’t know that this story is true, but if it is, it is an interesting example of peak economic delusion. We do not have quite the same investment environment as existed in those days. Today, algorithmic computers dominate the functions of the stock market, chasing headlines and each other, but this does not and will not save the economy from another depression. In fact, all they have done along with substantial aid from central banks is artificially elevate equities while every other fiscal indicator implodes.

But this farce in stocks could not succeed for so many years without help. I would say the real “shoe shine boys” of our era are actually the dullards in the mainstream financial media, stabbing in the dark and desperate to believe that the astonishing “recovery” since 2009 is real.

This attitude is evident in a recent article published by Bloomberg titled ‘Prophets Of Doom With Too Much Gloom’. The piece focuses not on alternative analysts like myself which are usually targeted with the mentally lazy “doom and gloom” label by the MSM. Rather, the targets are “big names” in the investment world who now finally agree with what alternative analysts have been saying for some time. Names like Bill Gross and Paul Singer.

Bloomberg laments the sudden tide of negative predictions for their beloved Dow Jones and other exchanges from people who have the ear of the larger mainstream. Instead of considering their warnings and looking at the available evidence, Bloomberg instead decides to craft a conspiracy theory in which bond traders and hedge fund managers like Gross and Singer feel jilted by the unnatural rise in stocks and now scheme to lure investors away from the infinite fountain of wealth. Yes, that’s right, Bloomberg accuses Gross and Singer of “stock envy”.

I say, Bloomberg is a modern day shoe shine boy.

Some might argue that Bloomberg is perfectly cognizant of the fact that the economy is in severe decline and that they are helping their central banker buddies keep the public in the dark through misinformation. While this may be true for Bloomberg himself and media elites like him, I think the average analyst at Bloomberg news is just as ignorant of the fiscal situation as most people. I think they are legitimately biased and will conjure whatever story they need to help them and others believe that the system is in ascendance rather than decline.

For those of us who were analysts before the derivatives crash of 2008, this mindset is nothing new. I remember the complete arrogance present in the mainstream just before the implosion; the sneering and attacks that were used in an attempt to silence anyone with the guts to openly suggest the fundamentals and the data did not support the investment exuberance. I remember many people asserting that that the economy’s progress was unstoppable, that another crash like 1929 was impossible, that the real estate market was an invincible engine. They were all wrong, yet, they were so confident. Most of these same people still work in the financial press to this day. Imagine that…

I would prefer to point to the hard data on hand than mere mainstream opinion. Maybe I’m a little paranoid, but I’ve already seen mainstream analysts fail on numerous occasions.

First, consider the fact that the Federal Reserve, the key component along with other central banks around the world in the rise of stock markets, is now cutting off the flow of easy money through continued interest rate hikes. I predicted this move back in 2015 when almost everyone said the Fed would go to negative rates instead. Without no-cost Fed money to feed the machine, stock markets have essentially stalled, and now, there is talk of a “tech dump” on the horizon.  With the vast majority of gains in equities the past year attributed to only five major companies, all of them tech oriented, this would be a disaster for stocks.

This is a considerable shift away from the last few years, in which it was expected by many that markets would expand exponentially for the foreseeable future. Now that the Fed’s quantitative easing and near-zero interest rates have been removed as fuel, the true economic picture is becoming clear, even to the mainstream.

According to the Atlanta Fed, US GDP in the first quarter of 2017 has declined to 0.7% , going back to lows touched on in 2014 after the Fed reduced QE.

The US has lost 5 million manufacturing jobs since the year 2000, and this trend has accelerated in recent years. Manufacturing in the US only accounts for 8.48% of all jobs according to May statistics.

102 million working age Americans do not currently have a job. This includes the 95 million Americans not counted by the Bureau of Labor because they assume these people have been unemployed so long they “do not want to work”.

Thousands of retail outlet stores, the primary engine of the American economy, are set to close in 2017.  Sweeping bankruptcies and downsizing are ravaging the retail sector, and internet retailers are not taking up the slack despite highly publicized growth.  In 2016, online retail sales only accounted for 8.1% of all retail sales.

Oil inventories continue to amass as US energy demand declines. Declining energy demand is a sure sign of overall economic decline. OPEC and other entities continue to argue that “too much supply” is the issue; an attempt to distract away from the reality of lower consumption and the falling wealth of consumers.

These are only a few of the MANY data points that paint a very ugly picture for the US economy. The rest of the world is just as tenuous if not worse.

This is why when I hear the phrase “doom and gloom” I have to laugh and think of the shoe shine boys. These are people with limited experience in tracking the economy, or very short memories, or both. This is also the product of a vast misconception about economic crisis or collapse – the assumption that crisis and collapse are “events”, that they happen suddenly and without warning. If the nation does not look like a television zombie drama tomorrow, there must not be a collapse. In truth, economic collapse NEVER happens without warning, because as I have said ten thousand times and will say ten thousand times more, collapse is a process, not an event. The data points above show an economy that is in severe deterioration, not recovery. Stock markets are next, not that stock markets matter much in the grand scheme of things.

It is unfortunate that so many people only track stocks when accounting for economic health. They have crippled themselves and their own observations, and actually condescend when confronted with counter-observations and data. They help globalists and international financiers by perpetuating false narratives; sometimes knowingly but often unconsciously. And, when the system does destabilize to the point that they actually realize it, they will blame all the wrong culprits for their pain and suffering.

The question is not “when” we will enter collapse; we are already in the midst of an economic collapse. The real question is, when will the uneducated and the biased finally notice? I suspect the only thing that will shock them out of their stupor will be a swift stock market drop, since this is the only factor they seem to pay attention to. This will happen soon enough. In the meantime, anyone who discusses legitimate data and warns of the dangers to come is a “doom and gloomer”. Mark my words, one day this label will be considered a badge of honor.