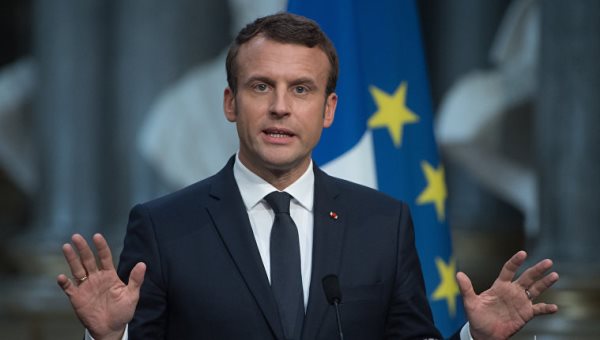 LONDON – Next month will mark the tenth anniversary of the global financial crisis, which began on August 9, 2007, when Banque National de Paris announced that the value of several of its funds, containing what were supposedly the safest possible US mortgage bonds, had evaporated. From that fateful day, the advanced capitalist world has experienced its longest period of economic stagnation since the decade that began with the 1929 Wall Street crash and ended with the outbreak of World War II ten years later.

A few weeks ago, at the Rencontres Économiques conference in Aix-en-Provence, I was asked if anything could have been done to avert the “lost decade” of economic underperformance since the crisis. At a session entitled “Have we run out of economic policies?” my co-panelists showed that we have not. They provided many examples of policies that could have improved output growth, employment, financial stability, and income distribution.

That allowed me to address the question I find most interesting: Given the abundance of useful ideas, why have so few of the policies that might have ameliorated economic conditions and alleviated public resentment been implemented since the crisis?

The first obstacle has been the ideology of market fundamentalism. Since the early 1980s, politics has been dominated by the dogma that markets are always right and government economic intervention is almost always wrong. This doctrine took hold with the monetarist counter-revolution against Keynesian economics that resulted from the inflationary crises of the 1970s. It inspired the Thatcher-Reagan political revolution, which in turn helped to propel a 25-year economic boom from 1982 onward.

But market fundamentalism also inspired dangerous intellectual fallacies: that financial markets are always rational and efficient; that central banks must simply target inflation and not concern themselves with financial stability and unemployment; that the only legitimate role of fiscal policy is to balance budgets, not stabilize economic growth. Even as these fallacies blew up market-fundamentalist economics after 2007, market-fundamentalist politics survived, preventing an adequate policy response to the crisis.

That should not be surprising. Market fundamentalism was not just an intellectual fashion. Powerful political interests motivated the revolution in economic thinking of the 1970s. The supposedly scientific evidence that government economic intervention is almost always counter-productive legitimized an enormous shift in the distribution of wealth, from industrial workers to the owners and managers of financial capital, and of power, from organized labor to business interests. The Polish economist Michal Kalecki, a co-inventor of Keynesian economics (and a distant relative of mine), predicted this politically motivated ideological reversal with uncanny accuracy back in 1943:

“The assumption that a government will maintain full employment in a capitalist economy if it knows how to do it is fallacious. Under a regime of permanent full employment, ‘the sack’ would cease to play its role as a disciplinary measure, leading to government-induced pre-election booms. The workers would get out of hand and the captains of industry would be anxious ‘to teach them a lesson.’ A powerful bloc is likely to be formed between big business and rentier interests, and they would probably find more than one economist to declare that the situation was manifestly unsound.”

The economist who declared that government policies to maintain full employment were “manifestly unsound” was Milton Friedman. And the market-fundamentalist revolution that he helped to lead against Keynesian economics lasted for 30 years. But, just as Keynesianism was discredited by the inflationary crises of the 1970s, market fundamentalism succumbed to its own internal contradictions in the deflationary crisis of 2007.

A specific contradiction of market fundamentalism suggests another reason for income stagnation and the recent upsurge of populist sentiment. Economists believe that policies that increase national income, such as free trade and deregulation, are always socially beneficial, regardless of how these higher incomes are distributed. This belief is based on a principle called “Pareto optimality,” which assumes that the people who gain higher incomes can always compensate the losers. Therefore, any policy that increases aggregate income must be good for society, because it can make some people richer without leaving anyone worse off.

But what if the compensation assumed by economists in theory does not happen in practice? What if market-fundamentalist politics specifically prohibits the income redistribution or regional, industrial, and education subsidies that could compensate those who suffer from free trade and labor-market “flexibility”? In that case, Pareto optimality is not socially optimal at all. Instead, policies that intensify competition, whether in trade, labor markets, or domestic production, may be socially destructive and politically explosive.

This highlights yet another reason for the failure of economic policy since 2007. The dominant ideology of government non-intervention naturally intensifies resistance to change among the losers from globalization and technology, and creates overwhelming problems in sequencing economic reforms. To succeed, monetary, fiscal, and structural policies must be implemented together, in a logical and mutually reinforcing order. But if market fundamentalism blocks expansionary macroeconomic policies and prevents redistributive taxation or public spending, populist resistance to trade, labor-market deregulation, and pension reform is bound to intensify. Conversely, if populist opposition makes structural reforms impossible, this encourages conservative resistance to expansionary macroeconomics.

Suppose, on the other hand, that the “progressive” economics of full employment and redistribution could be combined with the “conservative” economics of free trade and labor-market liberalization. Both macroeconomic and structural policies would then be easier to justify politically – and much more likely to succeed.

Could this be about to happen in Europe? France’s new president, Emmanuel Macron, based his election campaign on a synthesis of “right-wing” labor reforms and a “left-wing” easing of fiscal and monetary conditions – and his ideas are gaining support in Germany and among European Union policymakers. If “Macroneconomics” – the attempt to combine conservative structural policies with progressive macroeconomics – succeeds in replacing the market fundamentalism that failed in 2007, the lost decade of economic stagnation could soon be over – at least for Europe.

Anatole Kaletsky is Chief Economist and Co-Chairman of Gavekal Dragonomics. A former columnist at the Times of London, the International New York Times and the Financial Times, he is the author of Capitalism 4.0, The Birth of a New Economy, which anticipated many of the post-crisis transformations of the global economy. His 1985 book, Costs of Default, became an influential primer for Latin American and Asian governments negotiating debt defaults and restructurings with banks and the IMF.