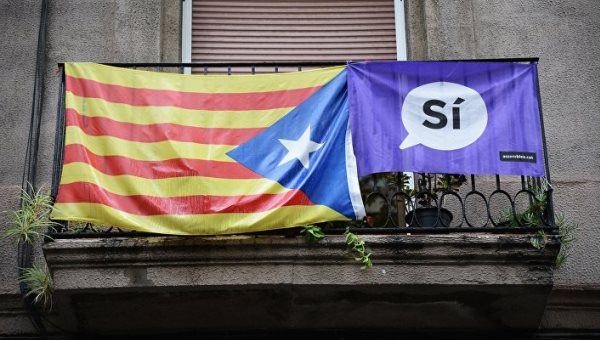 According to the Harvard economist Dani Rodrik, it is impossible to have full national sovereignty, democracy, and globalization simultaneously. The concept of a “political trilemma of the world economy” is useful, but it becomes less binding when one takes into account levels of government above and especially below the nation-state.

WASHINGTON, DC – According to the Harvard economist Dani Rodrik, it is impossible to have full national sovereignty, democracy, and globalization simultaneously. The concept of a “political trilemma of the world economy,” which Javier Solana also recently explored, is useful, but incomplete.

Rodrik’s argument, elaborated in his new book, is that too much globalization erodes the sovereignty of democratic nation-states, by increasingly subjecting them to economic and financial forces that may not correspond with the wishes of the domestic majority. By this logic, an authoritarian state may function better in a globalized world, because it is unconstrained by, say, electoral concerns.

With less globalization, democratic decision-making within the nation-state would be less constrained by external forces – particularly financial markets – meaning that its scope would be wider. Globalization and democracy, without the nation-state, is also possible, though Rodrik is skeptical about whether democratic institutions could function on a global scale.

Of course, Rodrik does not portray this trilemma as a hard-and-fast rule. Rather, his goal is to highlight the challenges associated with fostering or maintaining these three institutional arrangements, partly or fully. But, to get the most out of Rodrik’s concept, it is necessary to account for another dimension: the many levels of governance that exist in today’s world.

The nation-state, managed by national government, remains the fundamental building block of the international order. But below the nation-state are states (or provinces), cities, and regions, which may have their own governance structures. Above, there are supranational blocs like the European Union and global institutions like the United Nations. Any discussion of the trilemma must take into account these various levels of governance.

It is true that today’s widespread disillusionment with government is partly a backlash against globalization, which has seemed to impose itself on nation-states. But another reason for the disillusionment may be that citizens feel disconnected from their national governments.

Yet subnational governments are not so far away, and citizens often feel that they can still exert significant influence over them. As a result, the tension between democracy and globalization seems to be less acute at, say, the municipal level. It helps that subnational governments tend to be focused on more local-level concerns – such as infrastructure, education, and housing – that are not perceived as being strongly influenced by globalization.

On the opposite end of the spectrum are supranational governance structures, such as the EU. Not only does the EU often deal with globalization-related issues like trade; Europe’s citizens feel that the distant and disconnected “Brussels,” over which they have little influence, is infringing on the sovereignty of nation-states. This sentiment, exemplified in the Brexit vote, can be observed across Europe.

The ways in which these dynamics can complicate Rodrik’s political trilemma have been on stark display in Catalonia, where the tension between local democracy and the nation-state is even more acute than that with globalization. Indeed, many Catalans are more frustrated with Spain’s national government than they are with either globalization or the EU. The same can be said of Scotland vis-à-vis the United Kingdom.

In this context, a retreat to the nation-state that rejects globalization, as is occurring in the United States under President Donald Trump, becomes even more problematic, because it threatens to resurrect all of the economic and political pathologies that nationalism incited in the past, and then some.

But what if we adopted a new approach, in which local-level democracy and sovereignty were strengthened instead?

In many countries, if not most, cities are the centers of innovation and progress, as the promise of agglomeration, economies of scale, and positive spillovers attract high-performing firms. Citizens feel close to their municipal governments and proud of their cities, but their pride in their identity does not have the damaging qualities of nationalism.

As the nation-state cedes some of its power to regional, state, or municipal governments, the trilemma weakens. Both democracy, with its concomitant sense of belonging, and globalization, driven by cosmopolitan cities open to the world, can thrive, without causing any country to lose sovereignty.1

The benefits of such an approach could be profound. But there are serious risks. As successful metropolitan areas attract a growing share of a country’s capital, skilled labor, and innovative capacity, rural areas, in particular, are likely to face economic decline: fewer job opportunities, closure of hospitals and schools, and deteriorating infrastructure. That trend, as we have seen, creates fertile ground for populist politicians to offer simplistic solutions, rooted in extreme ideologies that sow division and undermine progress.

That is why it is vital to find ways to help, from the start, those who may be left behind by such a system. Here, the nation-state would retain a major role, though an appropriate balance must be struck, in order to prevent the trilemma from reasserting itself.

Kemal Derviş, former Minister of Economic Affairs of Turkey and former Administrator for the United Nations Development Program (UNDP), is Senior Fellow at the Brookings Institution.