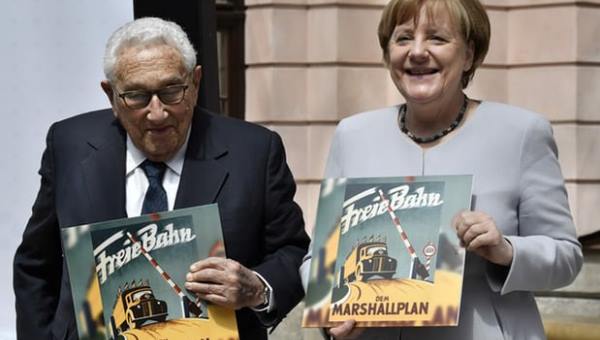 Natalie Nougayrede is right that post-Soviet Russia should have been offered the “equivalent of a Marshall plan” which “would have prevented its slide towards authoritarianism” (It may take years, but we need to plan for Russia after Putin, 9 December).

Those of us who remember the collapse of the iron curtain and Soviet communism during those heady days of 1989-91 could scarcely have believed that events would have turned out the way they have. The west’s response to those near-miraculous years was a combination of “You’re free now. Goodbye and good luck” and shameless exploitation and profiteering of “new markets”.

Contrast its approach to a defeated Germany in 1945. A country that had descended to unprecedented depravity; where most of its adult male population were complicit in crimes against humanity; a country, quite literally, in ruins. Within a couple of decades, with the considerable help of some of its erstwhile antagonists, West Germany had undergone its “economic miracle”, rebuilt and was a stable democracy. Today, unified Germany is – along with Canada – arguably the world’s most enlightened major democracy.

The arc of history since 1989 has often been calamitous, encompassing globalisation and the “war on terror”, the financial crisis and the current ominous present, which Pope Francis has described as a “piecemeal third world war”. Francis Fukuyama laid down the future ideology of the west in his 1989 essay and subsequent (1992) book, The End of History and the Last Man, a tome that might as well have been titled, “The West: we’re number 1, so why try harder?”.

The results are plain for all to see; Trump, Erdogan, Xi, Kim Jong-un and Putin (and also Brexit). History won’t be kind on those men (or Brexit), but it will also be harsh on the incompetent and shortsighted western politicians who helped create them.
Will Goble
Rayleigh, Essex

Image: German chancellor Angela Merkel and former US secretary of state Henry Kissinger hold a recording of George Marshall on a vinyl record they received as a gift for participating in a conference titled ‘70 Years of Marshall Plan’ in Berlin on 21 June 2017. Photograph: John Macdougall/AFP/Getty Images

Written by Will Goble