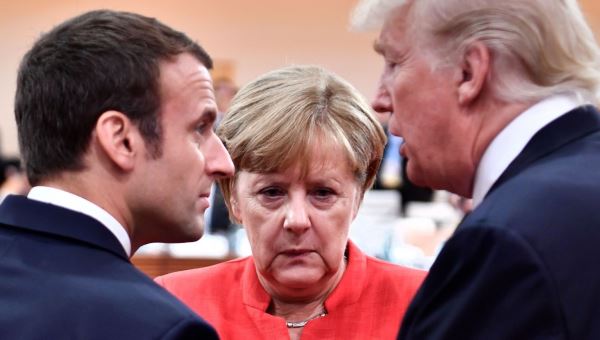 In the end, Britain was not isolated. At least 28 countries have now agreed to expel nearly 150 Russian diplomats, in a coordinated response to Russia’s use of a military-grade chemical weapon in an assassination attempt in Salisbury, a provincial English town. Even as the Russian government continues to throw out dozens of counter-explanations for the attack on Sergei Skripal (according to the British foreign office, they are now up to 24 such theories), and even as the Russian government has moved toward a tit-for-tat response, a majority of Western countries say they believe the British version of events and will stick by their decision.

The coordination is significant: There have been no other expulsions of Russian diplomats on this scale since the Cold War. But the story needs to be parsed a little bit further, because it reveals how much Russian influence now matters in the West, and how unpredictable are its effects.

Particularly striking was the unified response of France and Germany, two countries that are major targets of Russian political-influence campaigns. During France’s last presidential election, Russian loans openly propped up the campaign of the far-right National Front party. Russian trolls and proxies also invested in an online propaganda effort designed to support the Alternative fur Deutschland, Germany’s far-right party, in last September’s general election. Russian companies and Russian money have been used to buy influence among more centrist French and German politicians, as well. Famously, Gerhard Schroeder, the former Social Democratic German chancellor, now serves on the boards of several Kremlin-owned companies and is a loud pro-Russian voice in Germany.

Yet in both of those countries, the Russian-supported parties and politicians lost — and that partly explains why both the French president, Emmanuel Macron, and the current German chancellor, Angela Merkel, are pushing back. Merkel has been wary of Russia’s intentions in Europe since the Russian invasion of Ukraine; without her support, sanctions against Russia would not have been possible. She knows, as does Macron, that there is Russian support for her political opponents and that there have also been Russian attempts to hack German and French politicians.

Others have a decidedly different attitude toward Russian political meddling. In Italy, where an indecisive election has yet to produce a new government, the outgoing leadership expelled two diplomats. But Matteo Salvini, leader of the pro-Russian, nativist Northern League and a potential prime minister, angrily criticized this decision, as did the leader of a smaller far-right party, another possible member of a future coalition, who declared it “unacceptable that a caretaker government has expelled two staffers at the Russian embassy.”

In Greece, where both the far-left ruling party and its far-right coalition partners (yes, it’s an odd combination) have deep links to Russia, no diplomats have been expelled. The same is true in Austria, where the ruling coalition includes the far-right Freedom Party, which — of course — has Russian links, as well.

Almost everywhere, in other words, the reaction to the Skripal case reflects the strength of Russian influence in local politics (or a determination to reject that influence). That striking fact brings me, finally, to the oddities of the American reaction. On the surface, it would appear the U.S. government made the most definitive statement of all, expelling 60 Russian diplomats and closing down the Russian consulate in Seattle. The move was approved by all the National Security Council principals, with particular support from the State Department.

President Trump signed off on that decision — yet his language has been peculiar. A few days after the attack, the now-former secretary of state, Rex Tillerson, called the poisoning a “a really egregious act” and linked it “clearly” to Russia. By contrast, the president himself has said nothing so definitive. On his Twitter account, where he comments regularly on Islamist terrorism, he has not mentioned the use of a chemical poison in an English city. Nor did he mention it during a telephone conversation with the Russian president. His real relationship with the Russian government remains, as before, mysterious.

Equally mysterious is the path forward. A different American president, set on eliminating Russian influence in Europe, would now begin to lay out a longer-term response. That president would work with leaders such as British Prime Minister Theresa May, Macron and Merkel, who are now fully attuned to the danger of Russian political meddling. The response could include not only visa restrictions or sanctions on individual Russians but also deeper measures designed to eliminate corrupt Russian money from both politics and business. It could focus on oligarchs with deep ties to the Putin regime, many of whom live in Europe. It could be designed to prevent them, for example, from laundering money through the property markets of London and New York.

But we know this president — a business executive who was a beneficiary of Russian money sloshing through the New York property market — will not do that. The Europeans know it, too. Note the British pitch for European support was made not at a NATO meeting, but in the context of the European Union — where Britain, perhaps fortunately, is for now still a member, and the United States is not. The expulsions showed that the West is still unified enough to propose tactics in response to Russian offenses, but also how far we are from coming up with a real strategy.