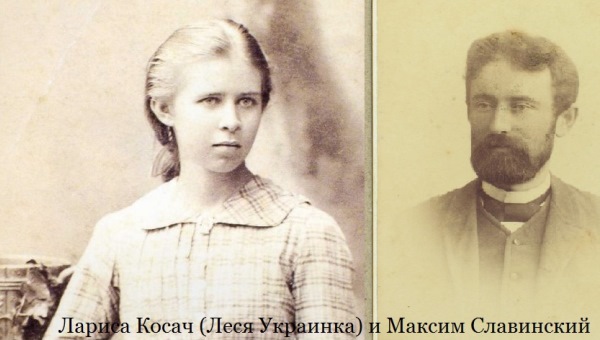 Maxim Slavinsky – a large and extraordinary personality, which was unfairly forgotten, whose works have not yet been published and have not been fully investigated.

Talented historian, ethnographer, literary critic, Shevchenko, translator, editor and founder of many periodicals, publicist-analyst and journalist, poet, chorus, politician, diplomat, public activist, professor, teacher, man who created a description of Kiev at that time, a contemporary and a good friend of many famous people who entered the history of Russia, Ukraine and Europe, one who tried to consolidate the emigration movement into one whole, after reading a huge amount of educational free books ktsy, a man who spoke several languages and had, according to contemporaries, encyclopedic knowledge. And also – the author of the words (translation from Heine) of the beloved and famous Ukrainians romance “If you are rousing two …”, which, according to the authors of this reference, is about him and Lesya Ukrainka.

Briefly about M. Slavinsky (in more detail – the links at the end of the article).

He was born in Stavishche in the Kiev province. After graduating from the Second Kiev Gymnasium, he successfully graduated from the Faculty of Law and History and Philology of the Kiev Imperial University St. Vladimir.

For a long time he worked in Petersburg as co-editor of the newspapers “Northern Courier”, “Freedom and Law”, “Free Thought”, the secretary of the magazine “Herald of Europe”.

Member of the First State Duma of Russia in 1905.

In 1911, under his editorship was published in Russian “Kobzar” to the 50th anniversary of the death of Taras Shevchenko. Of the 195 verses Slavinsky was personally translated 111. 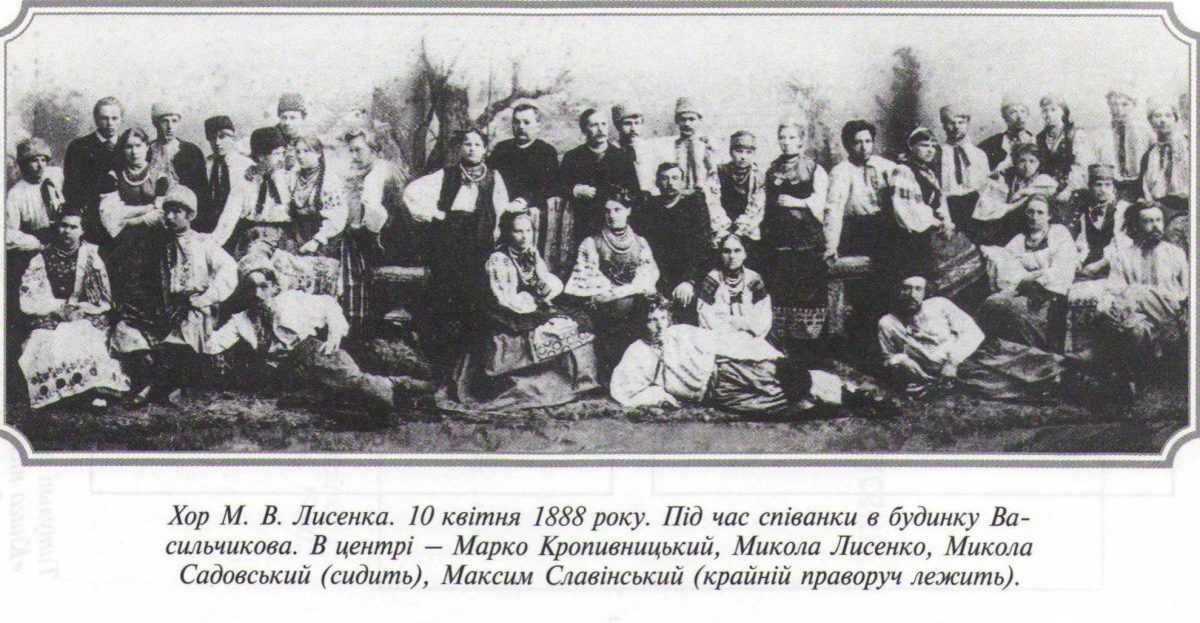 Maxim was the first trembling love of young Lesya Ukrainka, with whom he translated Heinrich Heine’s poetry (The Book of Songs) under the pseudonym M. Stavisky. He also studied translations of I. Goethe and W. Shakespeare (sonnets). He was friendly with Mikhail Dragomanov and Lesya’s mom – Olena Pchilka. 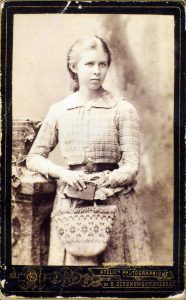 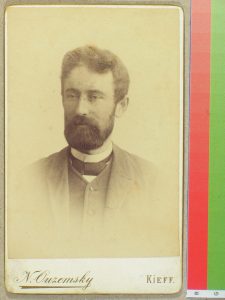 On the photo: Larisa Kosach (Lesya Ukrainka) in her youth and Maxim Slavinsky (from Oleni Pchilk’s album

In 1917, the representative of the Ukrainian Central Rada under the Provisional Government of Russia Kerensky in St. Petersburg. Elected chairman of the commission to develop a project to transform the Russian Empire into a federation.

In the beginning of September 1917. represented the Provisional Government in Kiev at the Congress of Peoples, where the line of socialist parties was developed in the national question in the Constituent Assembly. Here he said: “We are interested in the integrity and indivisibility of Russia, for each people individually does not represent a special force. But taken together, we are the masters of Russia … The old power was the power of a thin layer of ruling classes. After this layer, power passed into the hands of the broad masses of one people. For it to cease to be unstable and weak, it is necessary for the state to use the forces of all peoples. The form of use is only one – the federation “(” Morning of Russia “, 1917.11 and 17 September).

Since 1918, he arrived in Kiev on high posts under the Directory, the Government of the UPR and the Getmanate. In 1918 he was a member of the Council of the Ministry of Foreign Affairs of the Ukrainian State, a temporary representative of the Ukrainian state on the Don (The Great Don Army). Later – Minister of Labor in the second government of F. Lizogub. He wrote the text of the Charter of the abdication of Hetman Skoropadsky.

Since 1919, the head of the diplomatic mission of the Ukrainian People’s Republic in Prague. Friend of the President of Czechoslovakia Tomasz Masaryk. Some time in his family lived in Prague Petliura’s wife. 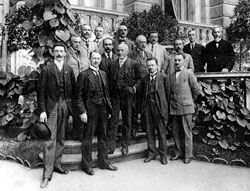 On the photo: The first congress of the UNR ambassadors, Karlovy Vary, in 1919.

(M.Slavinsky second from the right in the second row)

Remaining there in exile, since 1923 he lectured on the history of Western European literature at the Ukrainian Pedagogical Institute named after M. Dragomanov, was a professor of modern history at the Ukrainian Economic Academy in Poděbrady. He continued party activities, cooperated with the Ugra emigrant government.

Photo: Congress of heads of Ukrainian diplomatic missions and embassies in Vienna. in 1919. In the center stands Maxim Slavinsky

Slavinsky represented the “Chief Ukrainian Emigration Council” in 1929 at the Budapest meeting of societies of cooperation with the League of Nations.

May 17, 1937, Professor. M. Slavinsky spoke in Paris in the local geographical society with a report on the topic: “The Problem of Peoples in the USSR.”

The information was prepared by the great-grandsons of Maxim Antonovich – Stanislav Dubikovsky and Julia Dubikovskaya (she is Sam Um Rai, the editor-in-chief of the cultural and educational site “Sam Um Ray“, she is Kasya Jasna, a poetess and writer), specially for the site isedworld.org. 08/27/2018

List of publications about Maxim Slavinsky on the site “Sam Um Ray“: