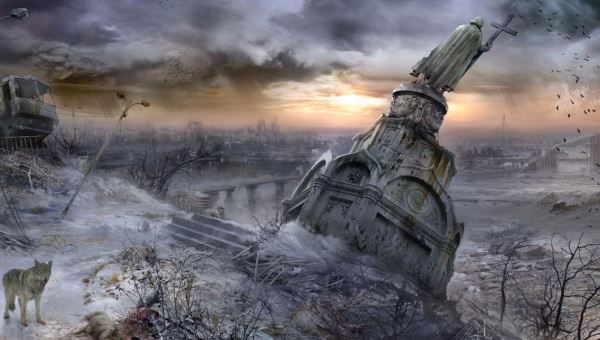 Experiments on the inhabitants of Ukraine continue, in turn – Belarus and Moldova

The report of the London Chatham House (also known as the Royal Institute of International Relations, Royal Institute of International Affairs), which appeared in November 2018, did not attract much attention of Ukrainian, Belarusian, and Moldovan experts. Meanwhile, the famous British analytical center has prepared a “road map” for the distribution of money to support the so-called civil society of the three countries – Ukraine, Belarus and Moldova. In the report, these three former Soviet republics are referred to as “at the forefront of a fierce battle for their future.” The battle, of course, goes with Russia.

Ukraine is viewed by analysts at Chatham House as a “political laboratory,” in which a grand experiment is conducted on power and population. The results of the experiment are planned to be used in Belarus and Moldova.

The main task of the analytical work, the outcome of which was the said report, is to study the possibilities and ways of breaking Ukraine’s relations with Russia in all spheres from energy, trade and military-technical cooperation to the Russian language and the Church.

In London, they believe that the risks of Ukraine’s return to the sphere of Russian influence remain, because “the Russian leadership has embarked on a mission to restore the status of a great power.” The main points of “vulnerability”, noted in Chatham House, are the conflict in the Donbas, the “predatory and fragmented political environment” and the low level of information security (whatever you do, and the people focused on Russia tend to cling to Russian sources of information) . Tearing Kiev away from Moscow will take a long time, says the Chatham House report: “Strengthening and maintaining Ukraine’s resilience to Russian influence is a long-term project.” Relying on London offers a “civil society”, which manifested itself during the events of 2013-2014. in Kiev, and showed its activity in the Donbass (meaning punitive battalions of “volunteers” who committed crimes against residents of the rebel republics in the first months of the war — they were abducted, tortured, robbed and killed, raped, kept in basements, pits and containers).

From the loss of the Crimea and the conflict in the east of the country, according to British analysts, Ukraine will lose about $ 100 billion, “if the occupied Ukrainian territory will never be returned.” Chatham House compares these losses with losses … from Hurricane Sandy, which amounted to about $ 65 billion. The report did not say a word about the human victims of the war with Donbas; people for specialists from London are consumables in the experiment on separating Ukraine from Russia.

The report’s authors lament that 1.5 million internally displaced persons who fled the war to the territory controlled by the Ukrainian government “have created serious pressure on the social infrastructure that is already fragile”; In addition, Ukraine “lost access to critical coal reserves” and control over the nearly 500-kilometer stretch of border with Russia. Despite the losses, noted at Chatham House, the conflict in the Donbas “helped rally Ukrainians around the idea of statehood and accelerated the process of creating national identity.”

The findings of British experts lead to the idea that the phantom “Russian-Ukrainian war” (in fact, the armed attack of the Kiev regime on the Donbass) is an “experience” conducted by the West in the “political laboratory” that Ukraine has become. The dead and maimed on both sides are “laboratory mice”, whose lives and health must be paid for by the new Ukrainian national identity. Non-Russian – this is important!

The war, designed to construct the “Ukrainian nation,” has side effects: the report by Chatham House calls a high level of crime in the country, a weak ability of ATO participants (now called EP) to adapt to civilian life, increased social stress, the complexity of immigrants, an ambiguous attitude to possible peaceful conflict resolution. In London, they are concerned that in the Donbas in 2015, almost 60% of the citizens surveyed agreed to any compromises with the DPR and the LPR, “whereas in the central part of Ukraine this figure was only 17%”. British analysts do not publish new research data in order not to embarrass Western patrons of the “Ukrainian project”, because sociology shows that Ukrainians are tired of war and began to treat Russia better (48% defined their attitude as “good” and “very good” against 37 % in 2017). At the same time, 50% of respondents believe that relations between Ukraine and Russia should be open, without visas and customs, and another 4% are in favor of a single state. The sympathies and antipathies of the Ukrainian population fell back to the level of April 2014 and threaten to move even further – to the figures of the pre-war years (then 86% of the population of Ukraine wanted good neighborly relations with the Russian Federation).

The “Ukrainian project” is failing, but in London it is called upon to continue “experiments”: to improve military coordination by adopting special laws; reform the SBU; eliminate competition for the reintegration strategies of Donbass and Crimea (analysts at Chatham House point to Interior Minister Avakov, who has a different concept of reintegration than the official one); focus on aid to “non-governmental organizations” (the report indicates that 56% of such organizations “rely on funding from Western donors, while only 16% receive private donations from domestic sources”; many new NGOs near the front line are in Slavyansk, Mariupol, Kramatorsk, Konstantinovka – created with USAID money), their task is to offer “a cultural product related to Donbass”); use “soft power” in relation to the inhabitants of the DPR and the LPR, crossing the line of demarcation.

Chatham House is most concerned about the upcoming presidential and parliamentary elections in 2019, since, since the “revolution of gidnosti”, the West has not been able to completely rid the experimental Ukrainian territory of political forces focused on strong ties with Russia. “Openly pro-Russian parties now have little chance to compete in the political space throughout the country. Instead, they are moving to the deployment of another tactic: supporting the idea of promoting peace at any cost, propagating a compromise and spreading opinions that the West will not help Ukraine regain lost territories and restore the economy, ”the report says. In London, it was decided in advance that “Russia will seek to restore actual control over a significant part of the political spectrum, potentially using elections in the interests of parties loyal to Moscow, with the aim of creating a split parliament.” Chatham House suggests Kiev that Russia should be accused of “striving to undermine the legitimacy of the electoral process in Ukraine by organizing cyber attacks on the electoral infrastructure” and by supporting local groups advocating for greater autonomy in Zakarpattia, Bessarabia, Zaporozhye and even Galicia, as well as “political destroyers “like Nadezhda Savchenko or … Mikhail Saakashvili.

In addition to the “influence of Russia” in Chatham House indicate the risk of strengthening during the Ukrainian elections radical groups. “These groups are small (for example, the National Corps has about 1000 members) and hardly have a chance to win seats in parliament. However, they have good opportunities for recruiting recruits from among more than 300,000 ATO veterans, many of whom are frustrated in the main parties and suffer from economic difficulties. ” The radicals “can disrupt future elections,” signal British experts; In addition, their actions “will help Russia promote opinion of Ukraine as a” fascist, neo-Nazi “state.”

British experts are pushing Poroshenko to “urgently confront” the radicals and the increase in trafficking in illegal weapons. The recommendation is fantastic: representatives of radical nationalism are deeply embedded in the Ukrainian government – from parliament to the Ministry of Internal Affairs and the army, some of them operate under the wing of the SBU, some districts of Kiev are assigned to the economy. Disarming and eliminating numerous armed groups, both strictly gangster and with police and military ID cards, can only be possible with foreign PMCs, but no one will say what this “night of long knives” turns out to be.

The “specific risk” associated with the upcoming Ukrainian elections at Chatham House is called “the collapse of support for pro-European forces, low confidence in all parties … and the separation of citizens from politics.” The development of such a trend could lead to the coming of pro-Russian, Euro-skeptical forces that promote peace in the Donbas and closer relations with the EEU. Even the “Alternative for Germany”, which allegedly has sympathizers in Ukraine, is mentioned out of place in the report.

Another risk for the Ukrainian elections, Chatham House, saw the intolerance of ethnic Ukrainians towards fellow citizens of a different nationality and other religion: 46% of respondents said they did not trust non-Ukrainians, and 49% did not trust the representatives of “their” religion. In British experts, the rejection of the “Ukrainian titular nation” of other, “non-titular” citizens is viewed in a crooked mirror of “Russian intervention”: they say, because of the weak integration of national minorities into the Ukrainian cultural and political space, it is easy to stir up tension between ethnic groups, and Russia uses this . Despite the total “de-communization” of Ukraine, including a ban on the Communist Party and half a thousand restrictions on other organizations and the media, “Russia continues to destabilize Ukraine by recruiting people across the country,” say the British. Finally, the press and television. The compilers of the Chatham House report are also dangerous. Social networks and private media are especially dangerous. “Only 27% of respondents say that the Ukrainian media provide accurate information about events in the country and the conflict in the east,” and in Odessa and Kherson in general, “the Ukrainian media categorically do not approve.” The authors of the Chatham House report have blacklisted the NewsOne TV channels, 112 Ukraine, Inter. And after the ban on the social networks VKontakte and Odnoklassniki, “Kremlin-funded groups migrated to Facebook, which is used by 35% of Ukrainians.” Looks like Zuckerberg also plays for Moscow.

To combat “Russian influence,” Chatham House is proposing media reform (that is, new bans), urging the West to support a public broadcasting project and resources “debunking fake stories.” There is not even talk of freedom of speech: the experimental citizens of Ukraine do not need it.

In addition, funds allocated to the Ukrainian “political laboratory” should, on the recommendation of Chatham House, focus on supporting projects “aimed at raising awareness of local and national cultural characteristics” so that the regions of [Ukraine] more successfully defended “their non-Russian national identity. ”

The experiment on Ukraine continues. Work in the “political laboratory” is in full swing – Belarus and Moldova are next in line.