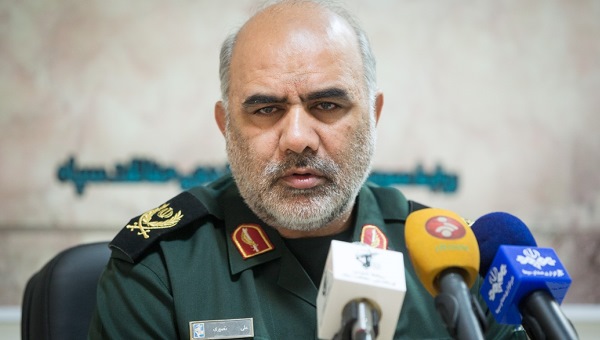 Sources say an individual close to Hossein Taeb, head of the IRGC Intelligence Organization, has shed light on an April 11 meeting held between senior intelligence ranks, during which a verbal dispute erupted between Taeb and Nasiri, leading to Nasiri prematurely leaving the meeting.

Afterwards, Nasiri reportedly refused to show up at work for two days. A follow-up investigation made indicated he has fled the country.

Sources say a probe launched by IRGC counterintelligence units reveals that Nasiri fled to a Persian Gulf country, requesting political asylum at the local U.S. embassy. Reports indicate Nasiri had in possession a large volume of documents recording the travels of senior IRGC commanders, intelligence personnel and operational units to foreign countries, all under the cover of diplomatic missions.

Nasiri was also previously in command of the IRGC’s “Hazrate Seyed al-Shohada” corps stationed in Tehran.

On April 13, the al-Mayadeen news network, associated to the Lebanese Hezbollah, posted a report about this matter on its website without providing any details. The report was taken off less than half an hour later.

The IRGC Counterintelligence Organization is a conglomerate missioned to provide flight security, security for government officials and figures, and foreign dignitaries during their visits to Iran.

The office of Iranian Supreme Leader Ali Khamenei has appointed IRGC veteran Vahid Haghanian as their man in this case to coordinate the measures taken by the regime’s intelligence apparatus in this regard.

Nasiri’s fleeing from Iran has had an extremely negative impact among the hierarchy under his command. On April 19, the IRGC-associated Fars news agency referred to the fate of Nasiri without any further explanation.

“Under an order issued by Mohammad Ali Jafari, the [then] Islamic Revolutionary Guards Corps commander-in-chief, Brigadier General Fat’ollah Jamiri has been appointed as commander of the IRGC Counterintelligence Organization.” This report made no mentioning of Nasiri.

The IRGC Counterintelligence Corps was established back in 1985.

No U.S. or Iranian official has shown any reaction to reports of Nasiri’s fleeing from Iran.