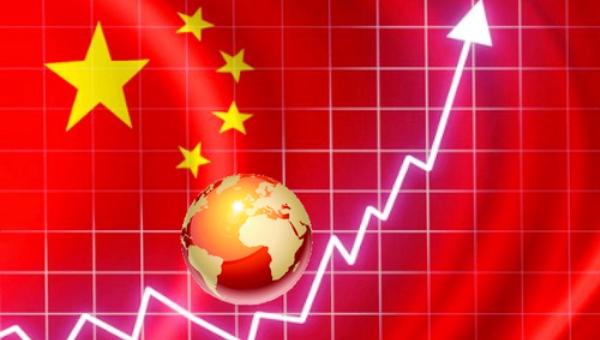 Beijing / Xinhua / – The latest economic indicators released by China have convinced world analysts that this Asian country has a strong growth impulse and that it is the main engine of the global economy in conditions of heightened instability.

According to a report published on Monday by the State Statistics Office of the People’s Republic of China, China’s GDP grew by 6.3 percent in the first half of this year. compared with the same period last year. In particular, the rates of economic growth in the first and second quarters of the current year were 6.4 and 6.2 percent, respectively. Growth rates have slowed, but they remain stable. These figures correspond to the expectations of many, for many this in itself is an improvement.

Andy Rothman, who is an investment strategist at Matthews Asia from San Francisco, in an article published on Monday, said that this figure, which is estimated as a significant decrease compared with statistics a decade ago, is in fact even more progressive expansion, as the base today is 182 percent more. “Thus, enterprises and investors have more opportunities with the current slowdown,” he writes.

Christian Rushe, economist at the German Institute for Economic Research, described this growth, which exceeded 6 percent, as “positive”, given that it was achieved under the conditions of “constant trade friction between the US and the PRC, Brexit uncertainties and Gulf conflicts”, “could have a negative impact on the economy.”

The senior economist at the Bertelsman Foundation, Thiss Petersen, believes that “China’s share in global GDP will continue to grow,” as the Chinese economy “still shows much higher growth rates than those of industrialized countries.”

According to the Nikkei analysis, although the growth rate of 6.2 percent in the second quarter was nominally lower than in the first quarter, but if they were calculated on an annualized basis, as is preferred in Japan and several other large developed countries. countries, in fact they would be higher.

Other indicators also indicate that positive changes took place in the Chinese economy last month. For example, a significant growth in the services sector, as well as an increase of 1.3 percentage points to the growth rate of industrial output in June compared with May.

Phil Flynn, a senior market analyst for the US-based Price Futures Group, noted that the figures in June exceeded market expectations and show that China’s economy as a whole is developing steadily.

He is confident that growth has returned to China, which tried to prevent a deeper slowdown through the development of the services sector within the country.

“In the services sector of China, there has been a healthy growth with increasing domestic demand,” said the executive director of the Institute of Australian-Chinese Relations, Sydney University of Technology, James Laurensison.

Investment strategist E. Rotman noted that despite the sluggish growth rate in the areas of production, investment and exports, domestic consumption and the service industry, which occupy most of the Chinese economy, remain useful for stabilizing employment. “In addition, the Chinese government is ready to respond to the economic slowdown and prudently avoid stimulating monetary and fiscal policies,” he added.

According to him, despite concerns about Chinice-US economic friction and the fact that the Chinese government is taking measures to reduce risks in the financial system, China’s consumers are not worried … because for eight years in a row the main part of GDP has been taken by the services sector and consumption.

The volume of retail sales and incomes of the population are developing steadily and well, and the rate of disposable income per capita remains at the level of the previous year.

“In my opinion, China remains the best consumer market,” he concluded.