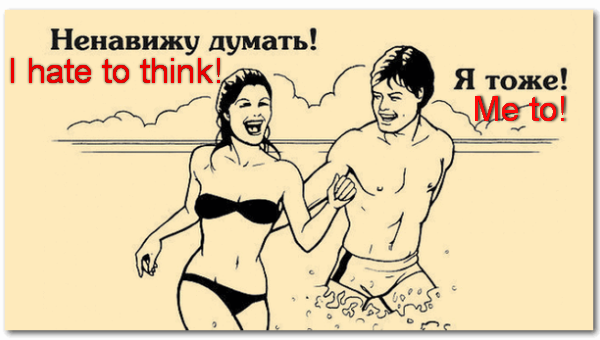 The modern historical period of liberal values, if we survive it, will be defined in the future as the era of degradation and degenerates. Since the implementation of liberal ideas ultimately leads to the dominance of degenerative social processes. Each point of the complex of liberal values turned out to be an element of a single system of degradation algorithms. Therefore, Europe is already one foot in the grave, and the United States will soon catch up with them.

Personal freedom has become the tyranny of a minority over a majority. Moreover, the smaller the minority, the more they have the opportunity to protect their freedom, more power. In addition to the fact that degenerates and carriers of degradation algorithms in a healthy society are always in the minority, liberalism has given them strength and power to fight the majority.
So a rather interesting ideological structure appeared – missionary degradation. Moreover, quite serious scientists worked on this structure. They came up with Overton’s window, PR, crowd control methods, a set of measures called the “color revolution” and … And they used all this “bouquet” for themselves because they made all this happiness for themselves. Well, then they smashed it around the world.
Therefore, I consider the complete degeneracy of this item in the system of liberal values to be proven.

Individualism advocates that the interests of individuals who share liberal values are higher than the interests of society. It is simply the culmination of a degenerative ideology. In other words, everyone is equal in society, but if a person degenerates, then laws are not written to him. Any society, any state, any agreement and finally conscience implies that a person recognizes the value of social relations and limits his needs so that these relations can exist. And aggressive missionary work for this element of the system of liberal values leads to the “legitimate” destruction of all of the above relations, since the actor in this process is a person who is not capable of constructive creation.
For example, a civilized person does not go naked where he is impatient, because he correlates his actions with the opinions of others. It is trite not ethical, contrary to the norms of culture, finally, a public place is not intended for such behavior. But within the framework of the concept of individualism, the liberal walks naked wherever he wants. This behavior is often practiced in modern Europe, you can find many videos on YouTube with exactly the same or similar behavior.
Thus, the liberal destroys the existing structure of social processes. But it does not give anything in return. That is, individualism leads to a pure degradation of the social structure.

Legal and political equality implies the formation of power bodies through elections and suggests that all groups of the electorate have equal opportunities.
In other words, liberals do not recognize government in science. And on this basis, they argue that a conditional 2 + 2 state process may result not only in 4, but in any other number that comes up to the “enlightened” in state affairs electorate. Therefore, along with the true result “4”, other options will also participate in the elections, which will be much larger and which in fact will be false. Thus, the chances of making the right decision are minimized as much as possible.
As a result, this is the second degenerative idea of a complex of liberal values after individualism.
Therefore, it is not surprising that liberals in just 27 years managed to destroy many, in the past, progressive and strongest ethnic groups in our world.

Tolerance and pluralism. 2 + 2 can now be equal to not only 4. Yes, this is complete nonsense, but humble yourself.

Belief in the power of the human mind – this point contradicts itself and all of the above. A crown of absurdity and a cherry on a cake of complex degradation. If a person is intelligent, then why believe in this? If a person is intelligent, then how did he come to such a life in Europe? And how did he see Europe and the USA did all this in Ukraine? And why in the USA seeing all this doesn’t change anything?
Everything is very simple – we live in an era of degenerates, believing in their mind is as stupid as following liberal values.

As a result, even our state, which was born in the criminal 90s and inherited many unsightly features from totalitarian regimes, monarchism and banditry, looks quite competitive with respect to Western countries. Fortunately, all these injuries on the body of our social structure do not allow liberal processes to unfold in full force. And therefore, it is possible that we will reach the moment of the collapse of Western civilization, and in this case we will have a chance to turn onto the path of more constructive social development.