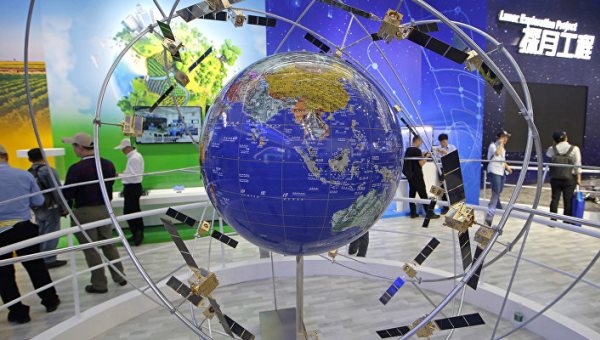 We are scared by the memories of the events of the past.

I think everyone is still impressed by the recent news that their Galileo satellite navigation system was fully operational. Now there are not four competing satellite systems in the world, but three: Chinese, American and Russian. The United States was the first country in the world to successfully develop and start using a satellite navigation system. American GPS has always occupied the largest market share in global navigation systems. But when “good news” came from Russia and China to the United States, it became clear that the days of GPS were numbered.

According to Russian media reports, Putin has ratified the “Agreement with China on the peaceful use of the GLONASS and Beidou navigation satellite systems.” The reports say that the document was signed by the parties in November last year and provides for the legal framework for mutually beneficial cooperation in the field of satellite navigation equipment Ratification of the agreement by the Russian side means a transition to real cooperation.

As you know, at present, the Chinese successor to GPS is considered the only satellite navigation system capable of challenging the United States. “Beidou” has already moved to the stage of building a global network, after which it will be able to compete with American GPS. When Russia began to wonder who the GLONASS system should build cooperation with, Internet users reacted vividly to Putin’s devotion to his old friends. Beidou already has the ability to accurately determine the location, and with the support of the powerful GLONASS system, its accuracy will increase and the chances of GPS to retain its users will be reduced.

Recently, there has been more and more good news about the Beidou system; currently, 41 satellites have been launched to support the global network, and soon it will operate around the world. The legacy of the Soviet era, GLONASS, is unremarkable as a satellite navigation system, but it is an important component of the Russian security system and can do a good job to the country. Russian-Chinese cooperation in this area partly explains the strategic mutual trust between the two countries.

But everyone cannot be equally happy. While Russian-Chinese cooperation is in full swing, another navigation system that wants to challenge GPS is collapsing. We are talking about the European project “Galileo”. As reported last month, 24 satellites of this system went down. At the moment, it is still unknown when they will be able to return to working condition, which means that we can say that this navigation system “went out of distance.”

Many of those who are interested in military issues remember that China once collaborated with the European Galileo system and invested a lot of money in this cooperation. As a result, the European Union simply tricked him and abandoned him. China did not lose heart, he was determined to create his own satellite navigation system “Beidou”. Now Galileo was completely paralyzed, and Beidou was going through its best years, especially given the generous help from Russia. I hope that, seeing the rise of Beidou, Europe regrets its brutal decision to abandon cooperation with China. Even now we are horrified to think that it would be if China continued to participate in the construction of the Galileo strategic satellite system and did not begin to create its own Beidou system.