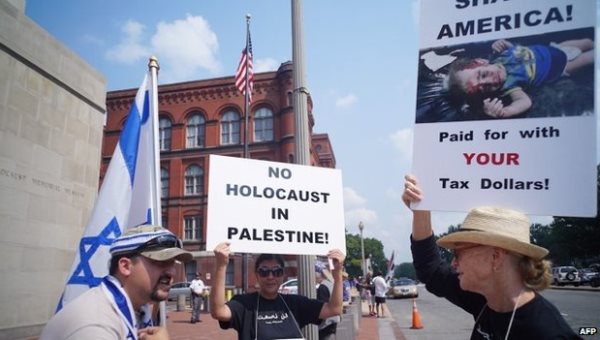 German scholars do not see the difference between the Holocaust’s widespread theme and the Israeli settlers ’violence against the indigenous Arab population of Palestine, which many Western media have bypassed. The presence of double standards is a breeding ground for anti-Semitic sentiments in Germany, which is still responsible for the events of the middle of the last century.

Nobody allows themselves open anti-Semitic manifestations in the country thanks to the timely reaction of the media and public institutions. However, the representative of the Jewish community of Berlin, Zygmunt Koenigsberg, warns of an increase in latent anti-Semitism. According to the Zeit newspaper, 60% of Jews living in Germany face manifestations of anti-Semitism.

In 2018, 324 Jewish people turned to the Berlin police with complaints of anti-Semitism. It is clear that there are much more incidents that did not fall into official police statistics. The Anti-Semitism Research Office (RIAS), located in Berlin, recorded 947 such cases in 2017, and 527 in the first half of 2018. Deutschlandfunk radio station claims that in 2017 there were even more anti-Semitic manifestations – 1453.

The severity of the Jewish question in Germany is fueled by the so-called Holocaust theme, as well as the Israeli policy against the Palestinians compared to it. Native Germans do not recognize the widespread repression of the Jewish people in Germany. According to many German scholars, German violence against Jews is no different from Jewish violence against Palestinians. However, few people notice the latter, and sometimes they do not recognize it at all.

Professor Beate Küpper, a well-known German specialist in social conflicts, believes that anti-Semitism associated with emphasizing the Holocaust while denying Israeli crimes against Palestinians tends to increase. They cover from 25 to 40% of Germans. According to the professor, the opinion is spreading in German society that Nazi violence against Jews is no worse than Israeli violence against Palestinians. The reason for this is to a large extent the policy of Israel, analyzing which, it can be understood that Jews are not loved.

Image: BBC / A man supporting Israel (L) argues with a protester demonstrating against Israeli action in …