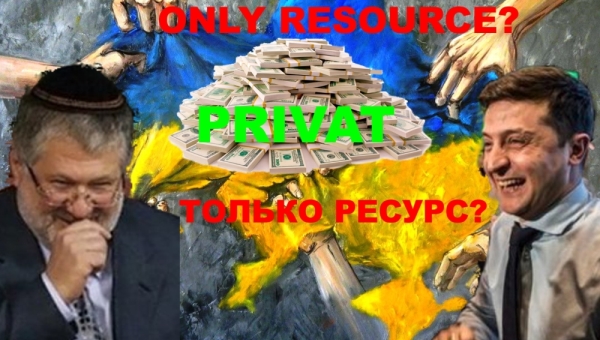 Why is President Zelensky meeting with oligarch Kolomoisky?

A few days after the meeting of the great Ukrainians, the Ministry of Infrastructure in the person of Minister Vladislav Krikli stated that it is developing a compensation mechanism for the Ukrainian airlines UIA (one of the beneficiaries Igor Kolomoisky) and SkyUp (owned by the Alba business family), which are forced to fly around the Russian Federation and suffer from it losses, UNIAN reports.
So, directly UIA should receive about 5 billion hryvnias of compensation.

According to media reports, we dwell only on some of the preferences that Kolomoisky received in recent months. Many of them relate to positive court decisions in favor of the oligarch.

1. The court lifted the arrest from more than four hundred Privat Office facilities.

2. The companies Ukrtatnafta and the Galichina refinery owned by Kolomoisky, the court abolished fines in the amount of 1 billion UAH. and 326 900 000 UAH. respectively.

3. Lazorko was removed from the wanted list – the ex-head of the Ukrtransneft company, which is part of the Privat group, which caused damage to the state in the amount of UAH 456 million.

4. The court canceled the tax debt of the airline Kolomoisky UIA in the amount of 60 million UAH. The total debt that UIA does not return to the state is about 467 million UAH.

5. The Zaporizhzhya Ferroalloy Plant, part of the Privat group, has achieved recognition unconstitutional the right of the National Anti-Corruption Bureau (NABU) to invalidate dubious transactions in the courts.

6. Creditor claims of the Kolomoisky Dniproavia company to Privatbank in the amount of UAH 1.5 billion. were also canceled by court order.

7. At the request of Kolomoisky’s company, the Supreme Court of Ukraine authorized the sale of Prominvestbank.

8. A tender for air transportation of the president and his entourage in the amount of UAH 35 million was won by the Windrose airline, which is also associated with the Privat group.

10. After a long break, the company associated with the Privat group will also supply fuel for Ukrzaliznitsa.