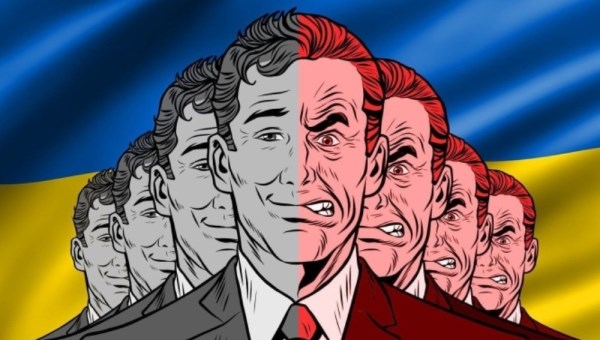 On the psychological characteristics of a group of people in power

During independence, a layer of “masters of life” has formed in Ukraine, calling itself the “elite of the nation.”

Among others, I would like to highlight the following psychological characteristics of a group of people in power:

1. Enthusiasm. The need to please others. Caring for your own image.
2. The desire for ownership of the interests of the reference group is easily replaced by the tendency to evade excessive responsibility.
3. Demonstration and posturing, the ability to easily get used to various social roles.
4. Participation and empathy are more significant than specific goals. The process itself is more important than the result. Priority is given to the impression made and the friendly relationship with others.
5. Adventurism, individualism. Lack of responsibility for the country and the people living in it. Personal enrichment is in the foreground.
6. Emotional instability, leading to high exposure to external environmental influences. High controllability from the outside. Vulnerability, sensitivity, dependence on significant others.
7. There is a violation of the process of adaptation to changes in environmental conditions. Avoiding reality into a world of illusions.
8. In difficult situations, there is a tendency to fear, fuss and panic. There is no hierarchy of motives. Inconsistency in plans and actions. Inability to find a way out of difficult situations. The painful feeling of impaired pride negatively affects the ability of the “elite” to make independent decisions.

Thus, the appearance of representatives of show business in the country`s leadership is not at all accidental.

I would like to focus on the inability of the so-called Ukrainian elite, especially in the last 10 years, to consolidate the country`s population and confront internal and external threats.

The deteriorating situation in all areas in Ukraine, with the worsening global economic crisis, is forcing the population to desperately seek a way out. His behavior becomes less predictable, and his actions are irrational. Against the background of a decrease in the instinct of self-preservation, the likelihood of spontaneous riots is increasing.

With a high degree of probability it can be predicted that in the event of a serious danger to the country, the cosmopolitans in power and adherents of liberal values ??will simply run away.

Ukraine may repeat the fate of Poland in 1939, having lost both statehood and territories.

Written by Alexander Sukhinin (Director of the Intelligence Center of ISED)