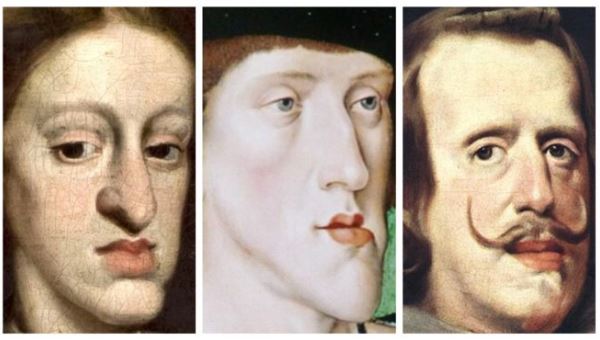 The pronounced deformation of the lower part of the face, characteristic of the representatives of the European royal Habsburg dynasty, is the result of incestuous marriages that lasted for several generations.

The anomaly, unofficially called the “Habsburg chin,” is clearly visible in portraits of representatives of the royal dynasty – both women and men: the lower jaw protrudes strongly forward, and the upper one looks underdeveloped.

Historians have long suspected that this Habsburg family feature is the result of a series of closely related marriages.

Now these suspicions have received scientific confirmation from Spanish doctors, who studied several dozen portraits of representatives of the dynasty and compiled a large-scale genealogical tree of the Habsburgs, spread over 20 generations.

The Habsburgs were Europe’s most powerful royal dynasty throughout most of the Middle Ages and the New Age.

Representatives of this family united vast territories in Western, Southern and Central Europe under their authority – the lands that they ruled at different times are today part of Spain, the Netherlands, Germany, Italy, the Czech Republic, Austria, Hungary, Romania and many other countries.

The Habsburgs managed to achieve such power not least thanks to numerous marriages between representatives of the ruling dynasty, which allowed to avoid fragmentation of territories during the division between the heirs.

The most striking example of such an incestuous policy was the King of Spain, Charles II. His father was uncle of his mother, his mother was born from a marriage between a cousin and sister – who, in turn, were also born as a result of incest.

Six of Karl’s eight great-grandfathers and great-grandmothers were descendants of Juana the Mad. As a result, his inbreeding coefficient was 25% – the same indicator for children born as a result of direct incest between a brother and sister. From birth, Karl was a disabled person, affected by a number of diseases, and did not leave an heir.

Close marriages are prohibited by law in most countries – precisely because they significantly increase the risk of developing congenital diseases. Parents who are related to each other can pass on to the child the same form of the defective gene – and this probability increases as the relationship is close.

Spanish scientists collected portraits of 15 representatives of the Habsburg dynasty (a total of 66 images) and showed them to 10 practicing maxillofacial surgeons, asking them to evaluate the degree of deformation of the faces of the people depicted.

In parallel with this, historians compiled the most detailed genealogical tree of the Habsburgs, including more than 6,000 people from more than 20 generations, in order to most accurately assess the degree of kinship between them and the level of inbreeding of one or another ruler.

The result of the surgeons’ assessment turned out to be predictable: the more relatives there were among the monarch’s ancestors, the more pronounced were the abnormal facial features – especially the protruding lower jaw.

The face of Maria of Burgundy, who married Maximilian of Habsburg in 1477, the future emperor of the Holy Roman Empire, turned out to be the least deformed.

Anomaly of the lower jaw was most pronounced in Philip IV (King of Spain and Portugal from 1621 to 1640). Upper – at the emperor Maximilian I of Habsburg and several of his descendants at once.

“Although our study is based on historical material, inbreeding is still prevalent in certain geographical regions and among certain religious and ethnic groups, so it’s important to study its consequences today. The Habsburg dynasty serves as a kind of laboratory for this, since the level of inbreeding in it is especially high “, – summarizes the lead author of the work, professor of the University of Santiago de Compostela Roman Vilas.