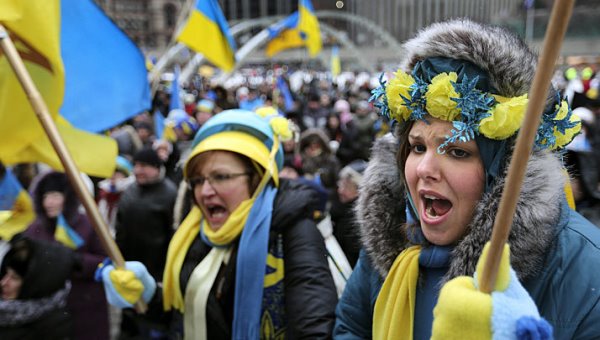 When the first president of independent Ukraine and the ex-prime minister of the DPR say the same thing about Independence, this is a sentence

Ukraine is gone. This was unanimously declared by two completely different people: the first president of Ukraine Leonid Kravchuk and the former prime minister of the DPR, the head of the “Union of Volunteers of Donbass” Alexander Borodai. The first did it in Kiev – on the ZIK channel with Nadezhda Savchenko, the second – in Moscow, on the Tsargrad channel program “Russian Dream” with Konstantin Malofeev.

Both statements, the interval between which is approximately two months, are sensational. This is a bomb. But if they are superimposed on each other, then this is not just a bomb, but a nuclear bomb. For, since irreconcilable opponents, well aware of what they are broadcasting, but standing on opposite sides of the barricades, say the same thing, this means only one thing: there simply is no other truth.

Kravchuk: she is already gone

— stated Kravchuk. And he concluded that Ukrainians are a nation without DNA, which cannot find a common root. 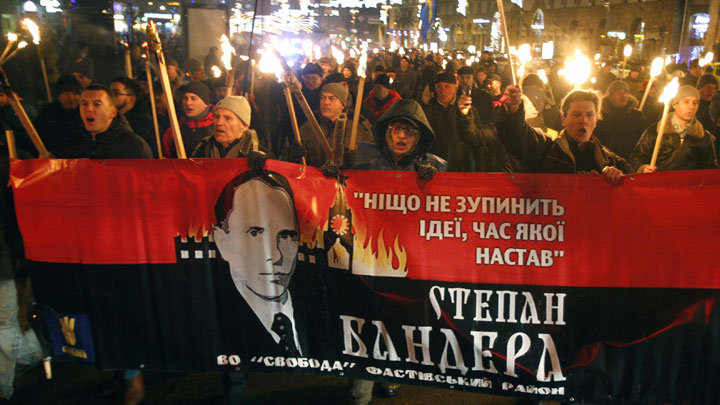 Image: Anatolii Stepanov / Globallookpress / Lviv Nazi marches are being tolerated in Kiev and torn to pieces in Donetsk

Thus, according to the creator of the Square, who knows the secrets of her birth, Ukrainians are not a nation or even a single people, but Ukraine is a country split into parts.

As the most obvious example of what he is talking about, Kravchuk brought Donetsk and Lviv. The ex-president simply dismissed the timid objections of the ultra-patriot Savchenko to this score, demonstrating that he is still a brave man who thinks with his own head and does not want to ignore reality.

Borodai: deepening the topic and vision of the future

This time Borodai, unlike Kravchuk, did not risk anything, therefore he touched on this topic deeper and more thoroughly when, in the middle of October, now last year, he said in the studio of Tsargrad:

The territory that we call Ukraine is doomed to state destruction. There is no independent Ukraine; this territory in the form of an independent state cannot and cannot exist. This territory has actually collapsed. Because from that Ukraine, which was on January 1, 2014, Crimea and Donbass have already fallen. And neither one nor the other territory will return to Ukraine, 100%. But destruction in Ukraine will continue, this is a historical process. Deterministic.

Borodai, like Kravchuk, noted the split of Ukraine into several parts: South-East (Novorossia), Central Ukraine with Kiev as a special case, Western Ukraine, which hate each other.

In principle, the ex-prime minister of the DPR does not consider Ukraine to be Zacarpathia, where Rusyns, Hutsuls, Hungarians live. And in general, Borodai noted, there is a “very diverse multi-ethnic composition“, the population has 3-4 passports each, “and it’s pointless to rank this territory in Ukraine, it is in a real regime of self-government,” as well as other provinces of the Independent. For example, “the Ukrainian part of Polesie is not controlled in any way by the current Ukrainian authorities – the Kiev prosecutor simply can’t really come there, they will kick him out or shoot him if that happens.“

As for Kiev, then, according to Borodai, it is an “international, cosmopolitan city” that the rest of Ukraine hates.

“There is such a specificity of this city. And she is absolutely justified. Speaking sharply and harshly, Kiev is a city of traitors. When we enter Kiev, I assure you, the population of Kiev will line up along Kiev streets with flowers and flags. And he will wave, bounce, “and throw caps into the air.” I hope this happens. I hope that we, Konstantin, will see this beautiful picture together. And then they will say that all our lives, all the way have been for us. That they really are our partisans. We just didn’t know about their existence, ”said Borodai. 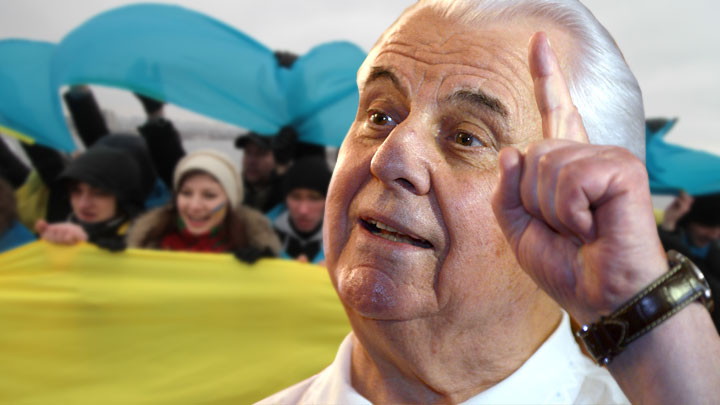 Image: Krysja / Shutterstock.com, x99 / Globallookpress / The first president of Ukraine, Leonid Kravchuk, finally told the truth: he has no longer created the country

The head of the “Union of Volunteers of Donbass” recalled that already today “many representatives of the Kiev elite go to Moscow and here too, different people, including those who are outside the walls (there are such red walls nearby, are pretty), say that they’re on in fact, the partisans too, that they are just sitting in wait and waiting in the wings ”… He meant the walls of the Kremlin.

Borodai is for … Ukraine

Nevertheless, unlike Kravchuk, Borodai believes that Ukraine still … exists and has enough prerequisites to take place as a real state, since in the West of Ukraine “the real Ukrainian nation has matured.”

“Real, real. It was forged in the 19th century, and real Ukrainian autochthons are sitting there. These are approximately 6-8 regions of Ukraine … These are regions such as Lviv, Ivano-Frankivsk, all adjacent regions, Zhytomyr, Khmelnitsky. These areas are filled with those people for whom Bandera is truly a national hero. This is disgusting to us, but for them he is truly a national hero, just like Konovalets, as well as all other “beautiful” people. They really hate the West, that is, Eastern Europe, the Poles, the Hungarians. They hate us too, but first of all they hate Kievites. At one time, having been in Lviv, I realized that the people of Kiev there are treated much worse than the Muscovites. And this is natural. Because the people of Kiev are closer and for them they, as potential opponents, were also closer then, ”said the ex-prime minister of the DPR. 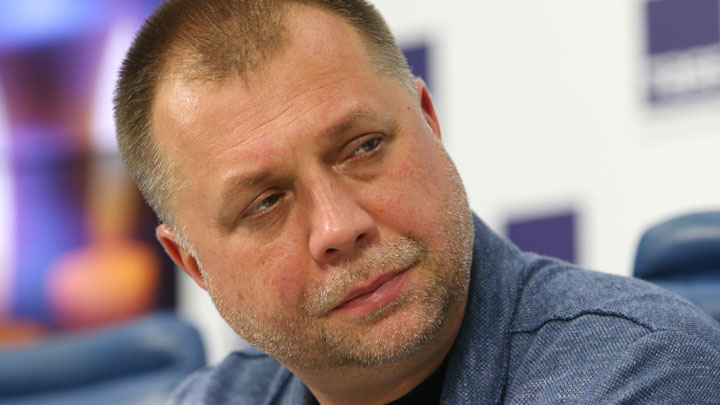 In response to Malofeev’s question, how should the Ukrainian problem be solved in the future from the point of view of the Russian dream, and not the American one, Borodai said:

It should not be. She will decide. We will have to, sorry, sooner or later take our territories. Theirs are close to us in spirit, mentality and history. I am not talking about the territories of Western Ukraine. Because now Russia, although it has the contours of an empire, it is not an empire that seeks to expand and take away those ethnic groups and those peoples who do not want to live with us. And Ukrainian autochthons, we will be honest, do not want to live together with us. They want to exist independently. And we must let them do it.

Well, of course, it is a shame that due to the physical destruction of pro-Russian Galician activists and the poison of the October Revolution in the Austrian concentration camps of the First World War, the ideological foundations of Galician Rus were undermined. And she herself turned into Ukraine, gave real content to this artificial construct, the idea of which appeared in the region by the efforts of the Austrian General Staff only in the middle of the XIX century. Only during and after the First World War did the Rus-people from Lviv, who successfully endured the centuries-old national oppression by the Poles, Hungarians and Austrians, become stubborn, “reference” Ukrainians, imagined themselves to be separate people, carriers of the Ukrainian idea. Therefore, they shot at the back of the Red Army in 1941 and left for a long time to partisan in the woods after 1944. And therefore, peaceful coexistence with these former Russians is possible (and here Borodai is completely right) only on the path of recognizing their new identity, with which not only Donetsk and Lugansk, but also Kharkov, Odessa and even Kiev, where Ukrainian nationalism still looks caricatured, have nothing to do. 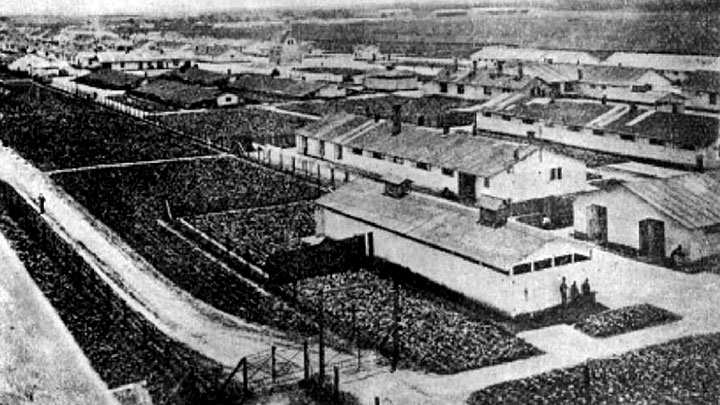 All this has long been known to people who are closely and honestly involved in Ukrainian affairs. What is new in this situation is that now this truth has appeared in the center of wide public discussion, and that such antipodes as Kravchuk and Borodai see this situation almost identically.

And not only them. One of the most sensible and popular Russian and Ukrainian political scientists, Rostislav Ishchenko, also constantly talks about the “fake statehood” of Ukraine within its current borders, and that “in a certain sense, it can be said that there is no Ukrainian state at all.”

How long Kiev imitation of Ukrainian sovereignty will last depends on many factors, including external ones. It is only clear that it is not too long. The best way for Russia to speed up the process of debunking the Ukrainian myth in a significant part of the territory of modern Ukraine is to establish the life of their own country in the best way, to make it truly attractive. Then things will go very quickly, and not only with Ukraine.