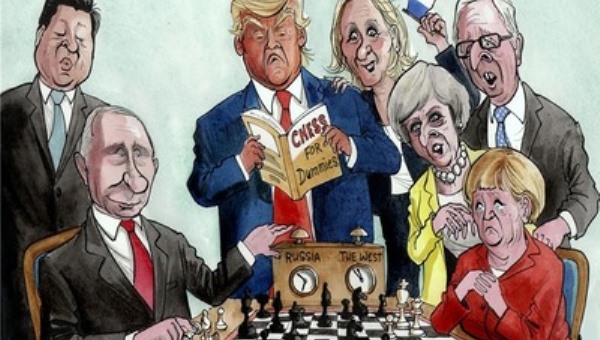 – What is being done in the world?

– There is no stability …

(from the film “Moscow Does Not Believe in Tears”)

But what happens in the external environment surrounding Ukraine? 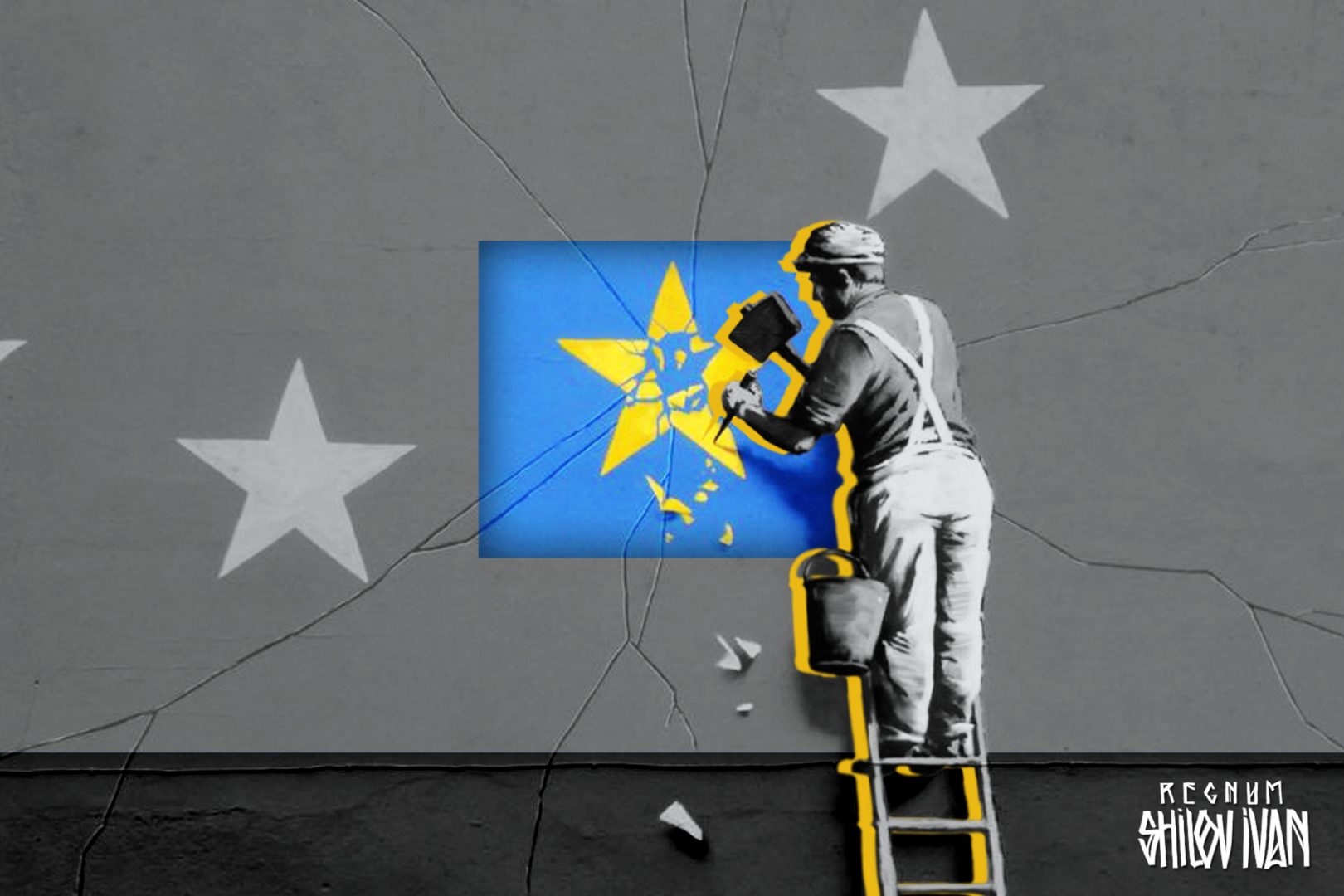 The European Union is not shaking jokingly. Before our eyes, the ideas imposed on us of European well-being and high European culture are being destroyed. Somehow these illusory “European values” suddenly disappeared. A small virus frightened and quarreled all the inhabitants of a single European house, where a foreign and alien power drags us behind the curtain. The panic, the helplessness of the health care system of “advanced and overdeveloped” countries, the closure of borders, the refusal of help to one’s neighbor and the simple, frank “fraud” with masks and medicines suddenly showed that our western neighbors are no better than us. One of the main problems that the rulers of Europe are now concerned with is the question: “Who will harvest the berries in the fields?” And here the “united Europe” does not show unity. A serious competition has unfolded for cheap labor from the “failed states.” Here, Ukraine is in the forefront. The old woman Europe was completely confused in the choice between tolerance killing her and her own culture, and as a result runs the risk of repeating the fate of South Africa. At the same time, under the guise of problems related to COVID19, the state elites of the leading countries are taking steps to return the authorities stolen by the liberals. In China, liberal “Komsomol members” are being strangled, in Russia they are trying to clear the government of the “liberals” and nationalize the Central Bank. The USA declared war on the structures of the Federal Reserve System. Officially, Washington is fighting, among other things, to regain its monopoly on printing money.

The rest of the world fell silent in anticipation of a “big racket.” And no wonder. It’s scary to even imagine what will happen if Trump realizes the idea of devaluing the dollar. 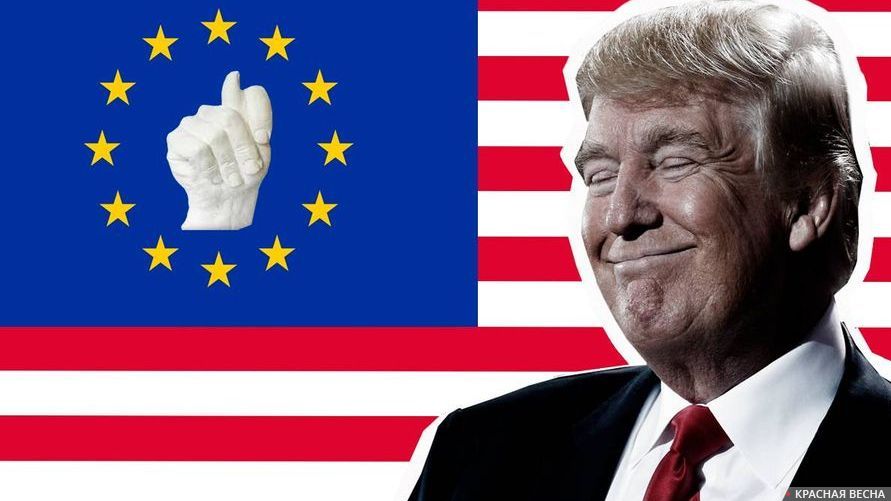 Liberals, representing the interests of transnational corporations, in every possible way abut, using, among other things, their entire “undercover” network, which has been operating and supporting all over the world for decades.

Lately, Russia has been constantly living in a state of liberal military coup. Very scarce and often contradictory information indicates that the struggle is ongoing. The authorities are already witnessing overt sabotage of official Moscow’s decisions. The money allocated to support the business is not paid, the money is not given to companies even for the work done, privileges are left to private banks and so on. At the command of the “external mission control center”, the “unbiased” media actively engaged in the fight against the “Putin regime”. The current government is being substituted on all sides. Structures controlled by liberals do not pay, and Putin is to blame. The people of Russia are provoked to mass protests. All this negatively affects the domestic political situation in the country and does not bode well for the neighboring countries.

China maintains visible calm and unity. And only uncontrollable and harsh attacks on the Chinese of “liberal America” indicate that the confrontation between the state elite and the liberals takes place there. 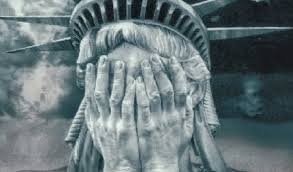 The main “fighting” takes place in the United States. It is on the territory of this country that transnational corporations have settled. “Liberals” in every possible way impede the country’s leadership to carry out reforms. The vast experience they gained in the “flower” and “fruit” revolutions gives some advantage. Trump’s all kinds of accusations, as a conductor of the idea of returning power to the state, attempts to hold legislative and executive initiatives in their hands, and frank sabotage of the White House’s decisions, including on illegal immigration, confirm the experts’ opinion that liberals have power without a fight will not give up. They are talking about a possible color revolution already in the USA itself. To maintain power, “liberal” supranational structures are ready to play a “color card” and, with the help of African Americans, destroy a country that has long been a “roof” covering their dirty “affairs” in the world. Surprisingly Ukraine was in the lead here. The case against Joe Biden and his son placed the “krashenka – color eggs” of our Ukrainian “movers” in exactly the same way between a rock and a hard place.

On the one hand, withdrawn “into the people” by Soros money, the Ukrainian authorities cannot go against the “masters”. On the other hand, Washington’s official authorities have quite no less effective leverage over our country.

Our “managers” have a dilemma. Either take advantage of Ukraine’s excellent opportunity to free itself from external influence by taking the side of official Washington, or by continuing its active state “idleness” and “scum” of leftovers to plunge the country into chaos.

In any case, representatives of this government will have to leave for the most part. This will happen either under the pressure of a hungry population, or under the pressure of external forces. To remain in power and be useful to the state, the “young” team has neither knowledge nor experience. Nobody needs them (except Soros and other bloodsuckers). I recall the words of the hero A. Papanov from the film “Watch Out for the Car”: “You have nothing! You are a starving man! ”

But let’s not talk about sad things. Let us return to the confrontation between TNCs and national state elites.

It should be noted one more circumstance that significantly affects the balance of power. 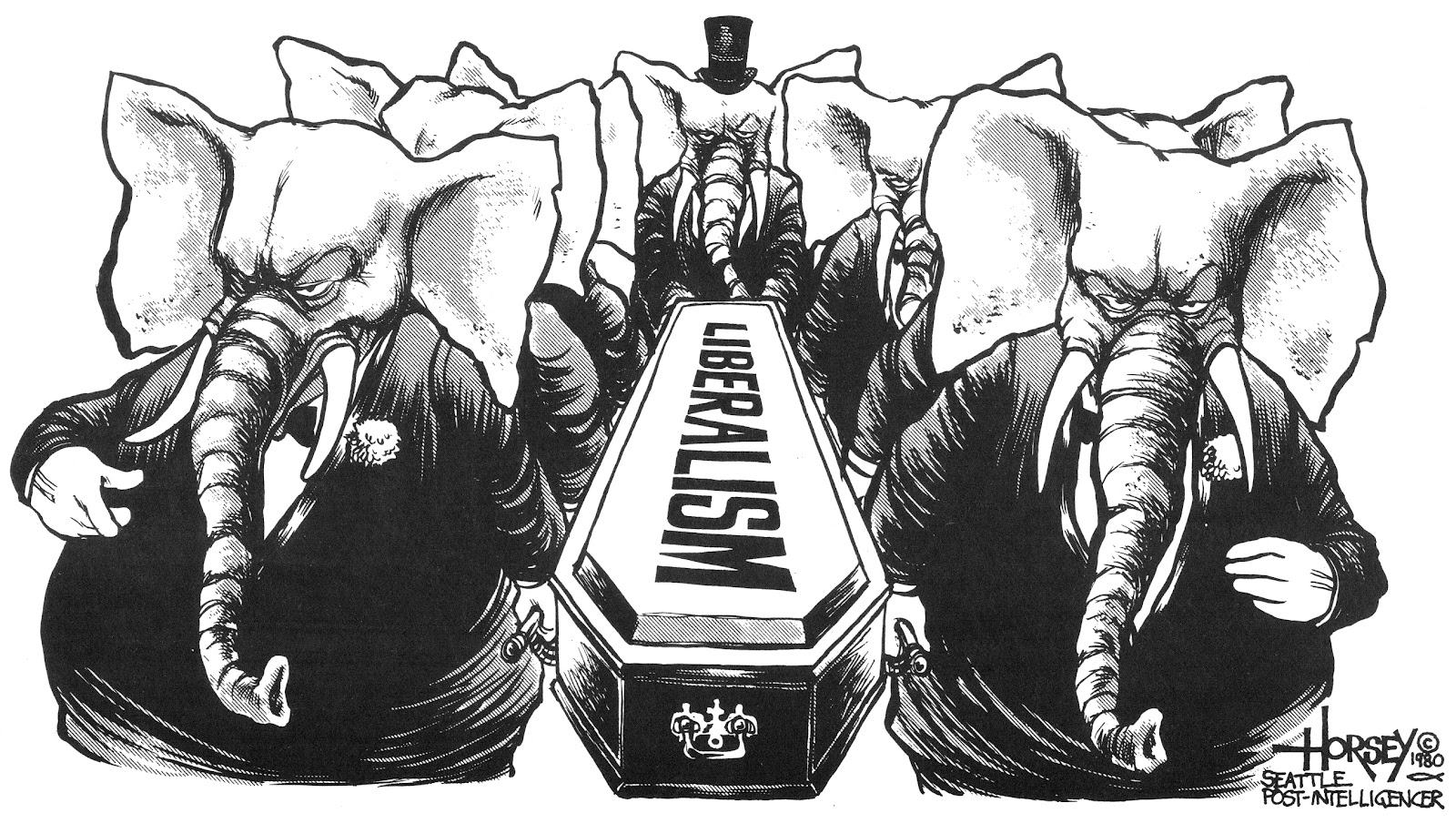 There has never been unity in the liberal camp. The richest families of all times and peoples have always competed among themselves for power, information and resources that ensure the livelihoods of people in all countries of the world.

Now, as before, manufacturers are pounding each other for commodity markets. “Gunsmiths” and “pharmacists” find out which one is cooler and, it seems, the “pharmacists” are winning. Just think, one small virus turned out to be a more effective weapon than all aircraft carriers with all support ships combined. Before this invisible “shit” even entire countries capitulate. However, the bustle of the “pharmacists” in the matter of worldwide vaccination may indicate that their resources are already running out or that “someone” does not leave time.

The owners of the “old money” compete with the owners of the money “young“. Perhaps in a very near future we will witness a demonstrative flogging of “youngsters”, such as the IMF and Facebook, for our excessive independence and pride. There is an opinion that they will get “to the full” and “oil industry” and “stock traders” from Walstreet. From the old people will receive all those who, in their opinion, have made money by the “thieves” way.

In parallel, there is a struggle for spheres of influence between the largest religious and political centers and special services. And the confrontation between states actually never stopped. 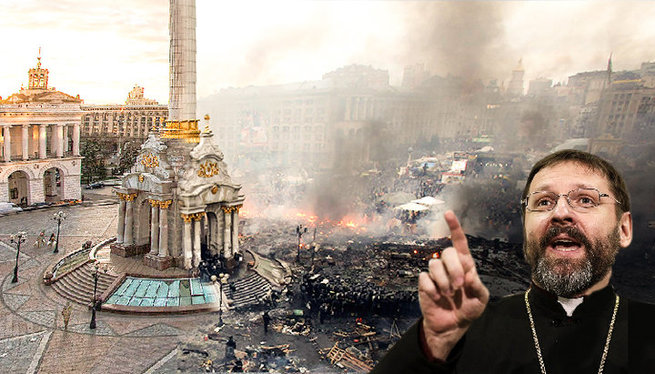 In this cauldron I would like to add also the peoples living in the territories of the “warring” countries, especially the immigrant “locust”. If the liberals feel their near death, they can take advantage of these colossal resources and, with the words: “So don’t get to anyone,” finally slam the door loudly.

And what about Ukraine?

By a strange coincidence, no one needs the country now. The roguish-thieving “Ukrainian” government has done everything to make our country recognized as non-negotiable throughout the world. For this they have a big “Mercy”.

We have a chance to free ourselves from external influence and, with minimal losses, to overcome the impending hard times. No need to amuse yourself with illusions. We’ll get everything under the hand.

The question remains open. Who will do this?